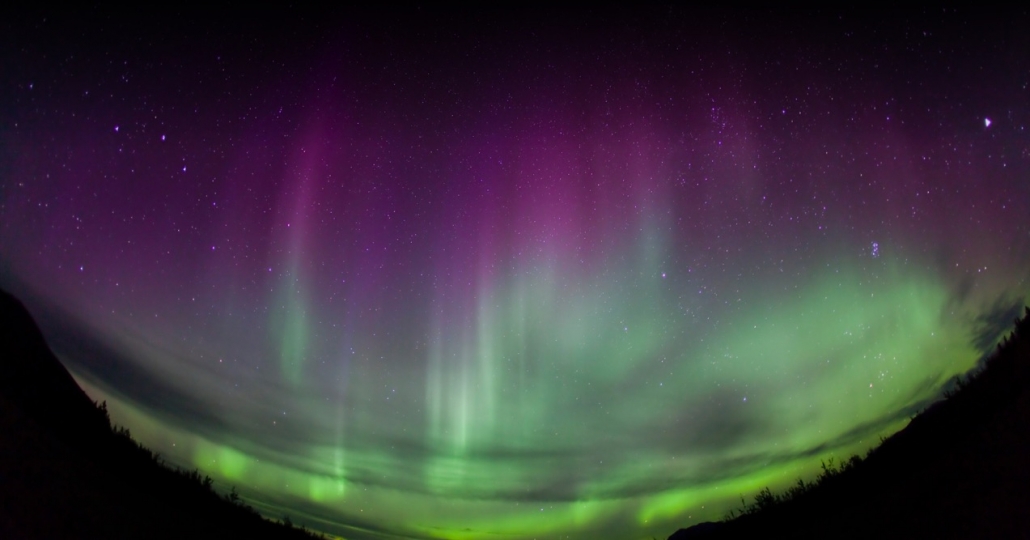 This weeks Wednesday Wanderlust transports us us to The Yukon to take in some Northern Lights.

The video is from Phil Hart and is appropriately titled The Yukon’s Northern Lights.

It is a peaceful reminder of the tremendous grandeur Canada has to offer, but also a specific reminder about the magical quality the sky holds in our DNA.

While science and time have taught us the real nature of the aurora borealis, it is clear from this video how past cultures could mistakenly assign mystical powers over our lives and afterlives from what they witnessed in the sky above.

Grab your coffee and start your day on the right foot.

You can read more about Phil’s trip on his blog here – philhart.com/tag/yukon-aurora

“My three favourite things in the world are mountains, aurora and snow. In early 2012 I got all three of them in spades when I spent nine weeks in the frozen north of Canada’s Yukon Territory, thanks to the generosity of my hosts Andrea and Florian Lemphers.

With four cameras and dozens of lenses, tripods and a truck full of extreme cold weather gear, I journeyed across the Yukon and chased every gap in the clouds I could find. Three terabytes and a long learning curve later, this video is short compilation of some of the best footage I captured during my aurora adventures.”

THINGS TO KNOW FOR YOUR FIRST ADVENTURE RIDE