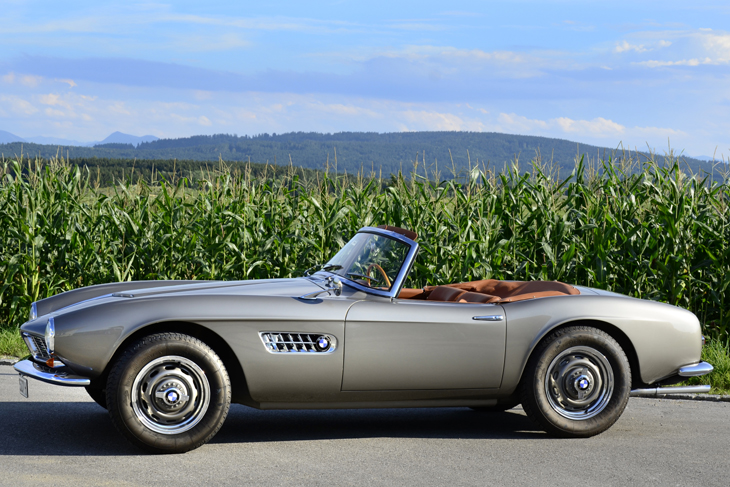 Today’s edition of Wednesday Wanderlust is a bit of a departure from our regularly scheduled travel destination video and a move in the direction of a precious thing. That thing is the 1958 BMW 507 Roadster.

BMW produced just a few of these, beginning in 1956, and their initial asking price of $11,000 turned people off. The rumor is that BMW lost money on every 507 ever produced. Due to expensive production cost and the struggling sales, BMW shut down production of the 507 by early 1959. Just 252 were ever produced.

A decade later you could hardly find one on the roads. Parts were unavailable and the resale value of the 507 roadster was basically nothing. Many of them were scrapped.

There was however a particular famous American singer who liked the 507 quite a bit and drove one while he was sent to Germany during WWII. This singer was non other than Elvis Presley. Elvis owned two of these while stationed in Germany and had them brought back to the USA when he returned. Keeping one for himself and giving one to Bond Girl Ursula Andress.

His car was eventually lost. The video below, from Petrolicious, shares the story of its discovery and resurrection.