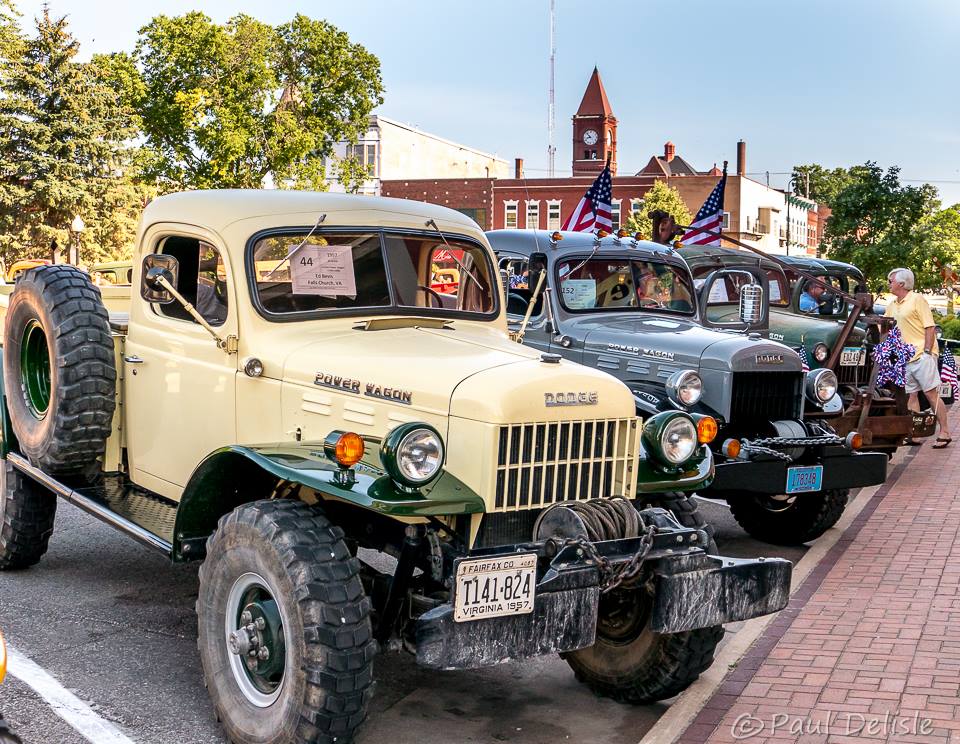 We are fortunate to call Fairfield, IA the home to a unique family owned business; Vintage Power Wagons Inc.

This summer marked the 30th Annual Vintage Dodge Power Wagon Rally here in Fairfield. Over 175 trucks where on display. They spend the week here, from June 5th to June 11th, visiting with like minded collectors and enthusiast. They hold events and camp together. They plan competitions to watch the vehicles do what they do best, work and drive up hills. The entire week is a blast.

Nearly 40 years ago, David Butler started the business because of his interest in vintage Dodge Power Wagons and started to acquire vehicles and parts as a hobby. Fast forward to 2017 and they have built quite the reputation for themselves.

Now, David’s son Jens and Jens’s wife Holly help keep the business in motion. Their love and knowledge of the niche’ trade is abundant. Even with the incredible depth of knowledge about these vehicles the thing that strikes you most, is their appreciation for the people who make up the Power Wagon community. 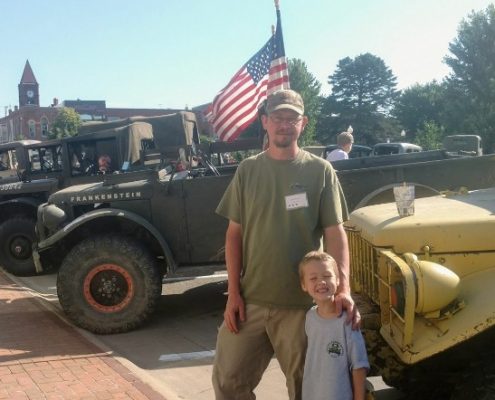 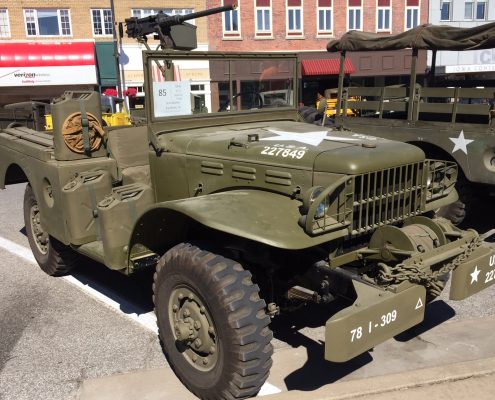 Vintage Power Wagons officially refers to the trucks produced from 1940 – 1971, but Dodge has brought the name back from time to time on newer models.

In addition to being the go-to company for ANY part or question you might have, Vintage Power Wagons has a complete repair shop for restoration and beautification, that stays booked more than a year out. They do a fantastic job returning these often forgotten vehicles into running beautiful vintage trucks. It’s recycling at its finest.

If you aren’t familiar with the original Power Wagons, they have a rich history with close ties to our military. Referred to as the “M” series, these vehicles were designed to transport soldiers and equipment over undeveloped landscapes. Deployed with our military to many locations around the world to support our troops. They were simple machines, overbuilt to handle the difficulties of war. Think about that next time you watch a commercial for a modern truck. The language they use to reflect the selling points of their truck come directly from the linage of the M’s and early Power Wagons.

Once World War II ended and American started returning home they began to start businesses in mining, logging, and other rugged trades. The former soldiers started longing for the ruggedness of the Power Wagons that had treated them so well abroad. Dodge took notice and started producing more trucks for the consumer side that would meet the heavy demands of these industries. 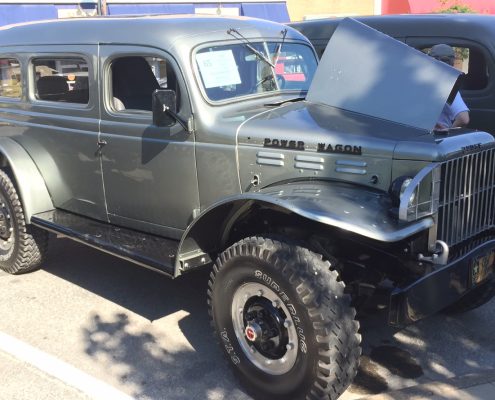 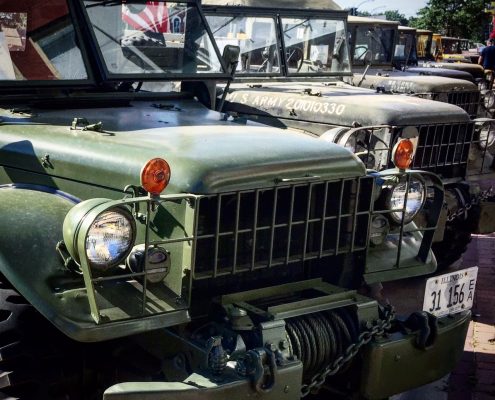 It is easy to draw the connection between today’s modern overland vehicles and the vintage Power Wagons. These early overlanders were built to traverse any terrain you could through at them. They were made to continue to work, even after tremendous abuse. Often equipped with mud terrain tires, built in recovery kit, and a bumper mounted heavy duty winch, they were designed for self recovery and bad ass overland exploration.

They aren’t made for speed however. The straight 6 engine has more torque that you care to know about. It will safely grab hold of some pretty sketchy terrain and guide you up a steep incline without issue, but they aren’t really designed for highway travel. Most of these beauties top out around 50MPH with a stiff tail wind. They were also built in an era when MPG’s weren’t much of a concern. Still tell that to all the people travelling the world in 90 series Land Cruisers. 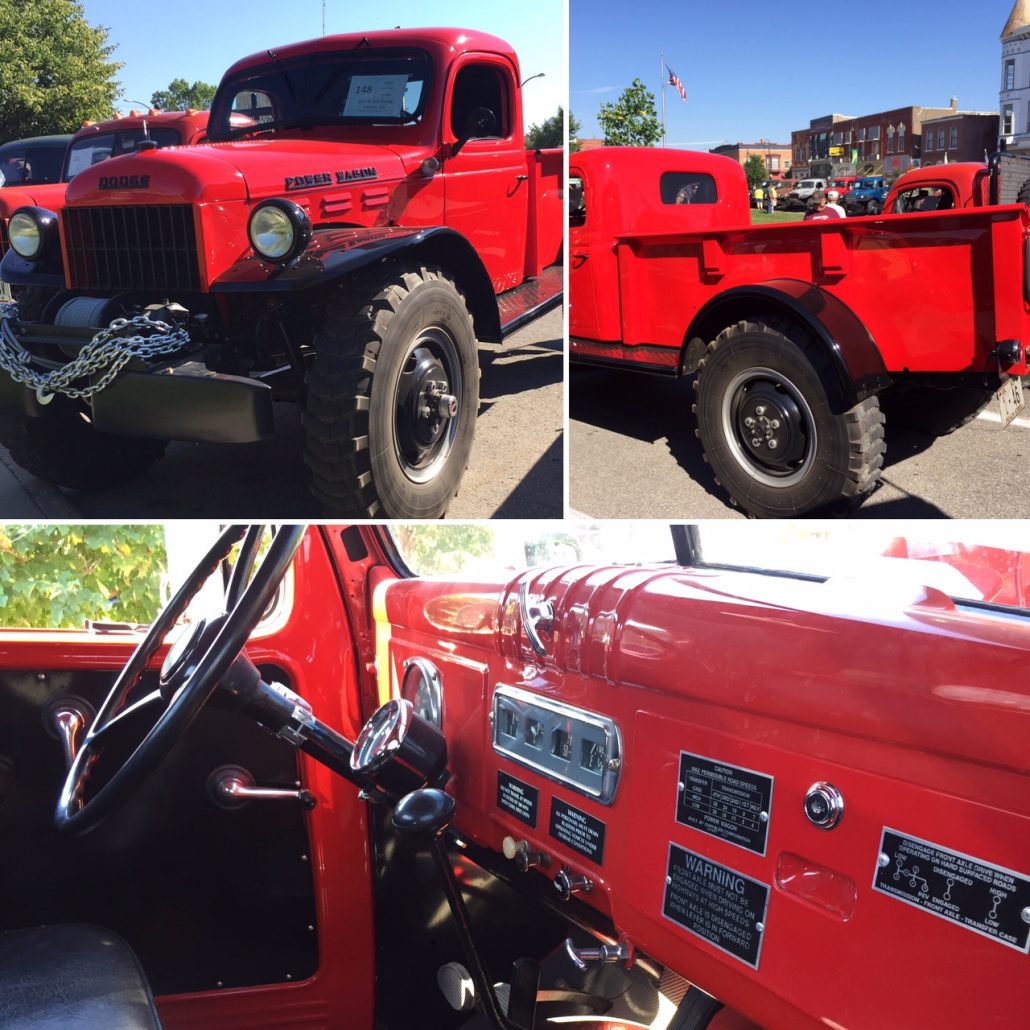 The Vintage Power Wagons Rally is a great example of community and history coming together. At the parade there were trucks on display that were purchased from a farmers field and restored and trucks pieced together from all over the world. They range in price from a few hundred bucks in parts and a lot of elbow grease to over $100,000.

I encourage you to learn more about Vintage Power Wagons and maybe attend the Rally yourself in the future. Hell, maybe you’ll find yourself driving your very own Power Wagon back home on a gravel road next; Air blowing through the cab, the hum of the engine, and the roll of the mud terrains laying down some history of your own.

In addition to a great vintage truck, you will also be driving home with a new family, looking to share a great piece of history with each other. 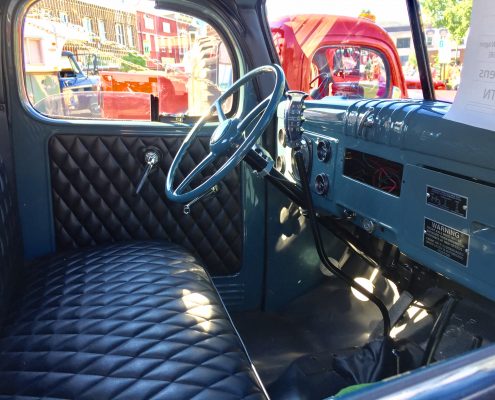 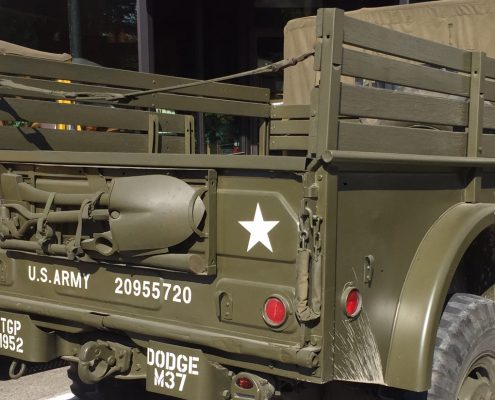 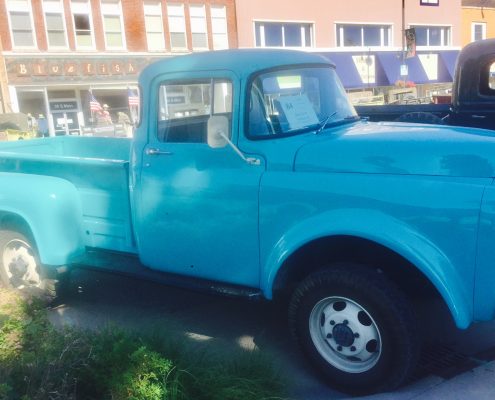 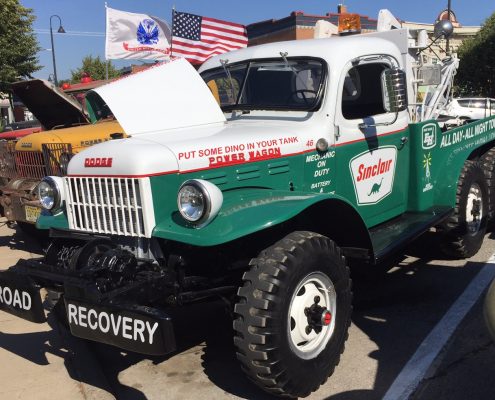