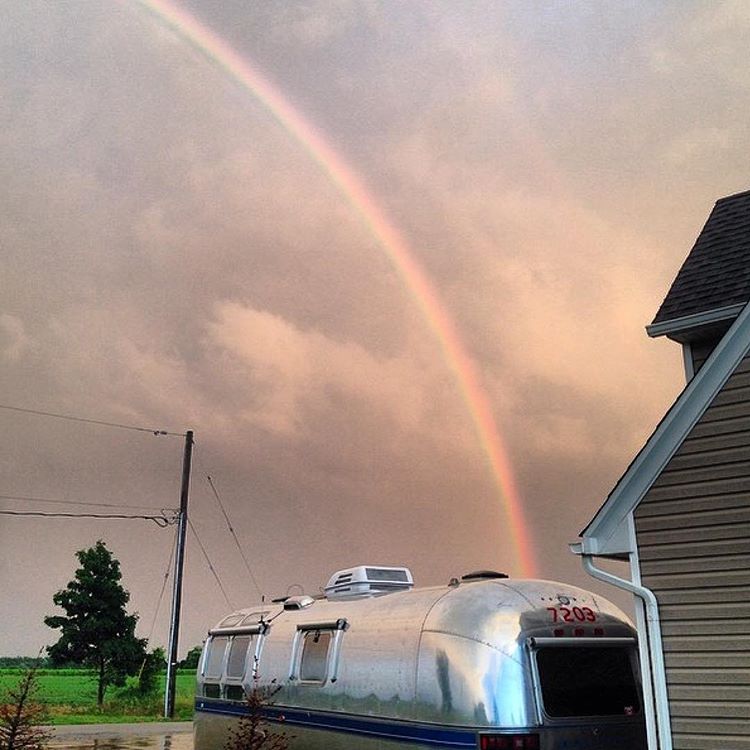 For the thirty seventh installment in our ongoing interview series here at Dirt Orcas, we are very pleased to speak with Heather and Matt Verrall. You may know them as the @airstreamingv.

Heather, Matt, and their three kids have put exploration and adventure front and center in their lives. They travel extensively in their Airstream and visit many of North America’s premiere destinations. I highly recommend checking out their feed and giving them a follow. They are an inspiring bunch.

What I find so unique about this family is that they chose an unconventional vehicle to pull their Airstream. When you have a family of five, the number of things you need to simplify becomes paramount.

So while this crew might not fit the conventional mold of the hard core adventure motorcyclist or the rugged full time overlanders that I typically interview here at Dirt Orcas, I love their spirit and commitment to exploration. They worked out solutions and they make it happen. All to often the next adventure is overlooked because of logistical difficulty. I applaud this family for getting out as often as they do. They deserve a lot of credit.

Check out my interview below with Heather about the Airstreaming Five’s choices and chariots. 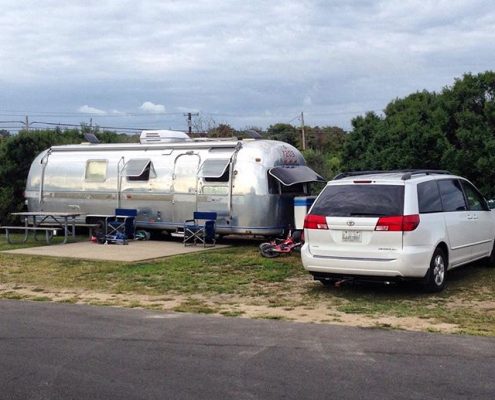 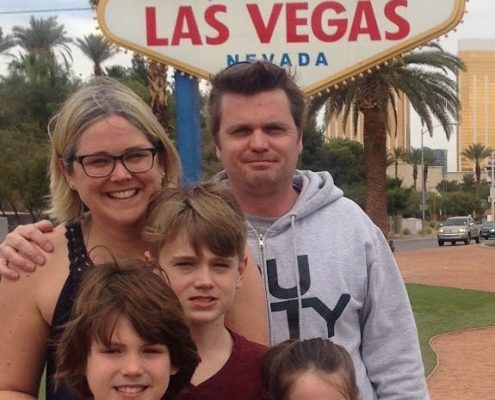 Home.  BC…or “before children” I worked in the field of gerontology fairly close to where we live now.  However after child number 3 came along, Matt took on a new job with ridiculous hours and I took on the challenge of being a full time mom head on.  I also am, what has been referred to as a serial volunteer, in our local community, taking on just about everything the kid’s school and their extra circular activities can throw at me.

Tell me about your vehicle and trailer. What do you call it?

Well, Jackie is our tow vehicle and it is a 2005 Toyota Sienna XLE minivan. Best vehicle ever.  We call the van Jackie because we bought it in Jacksonville, Fl.  Our trailer on the other hand has no name.  Our Airstream is a 1976 31 foot Sovereign Land Yacht.   We’ve tried a few names here and there like “7203” or “the 76er”…but we always just end up back at “the Airstream”.

The van came from Jacksonville Florida back in 2010.  At the time the Canadian dollar was at par with the US dollar and we got a fantastic deal by Canadian standards.  Matt flew down and drove it back to Niagara one weekend…i think that is when the road trip bug regenerated in him.

The trailer came to us back a few years later in the fall of 2013.   We had never before thought of trailers as an option…but life as we know it changed one late August Sunday.   We were finishing up a horrible weekend of tent camping in the worst rain I have ever seen, when we wandered past a campsite with a 36ft airstream. While we had always admired these rare silver creatures, we were floored when we realized they could be pulled by a Honda Odyssey.  Long story short after a long chat with the owner about the abilities of today’s high horsepower long wheelbase minivans, Matt went home and hit up the classifieds looking for one of our own.  Two months later we found a 1976 31ft rear bath model out near Windsor that had been cared for diligently by a previous owner for over 20 years.  It had all the extras including all of the awnings and a Hensley Hitch…and was priced to sell. To be honest I was hesitant about purchasing it at first, but i am so happy we did…it has changed our life immensely.

Matt poured over the local and national classifieds as well as the forums for weeks.  The 70’s was a hot time for trailers, so there were lots of comparable options.  While we came close to a couple, when we saw 7203, we knew it was the right one.   As far as vans or any vehicles are concerned…we could not be happier with the quality and comforts of our Toyota’s (we also have a Tacoma from Jacksonville). 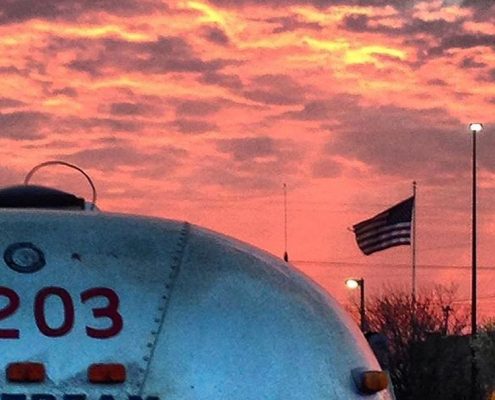 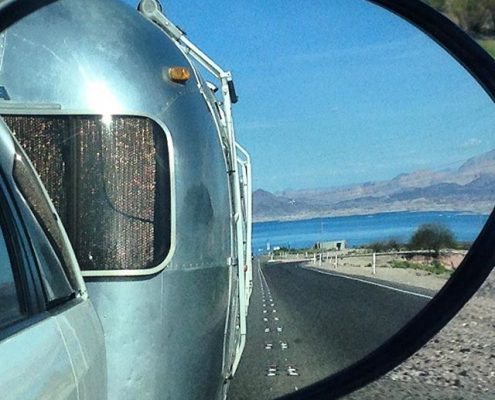 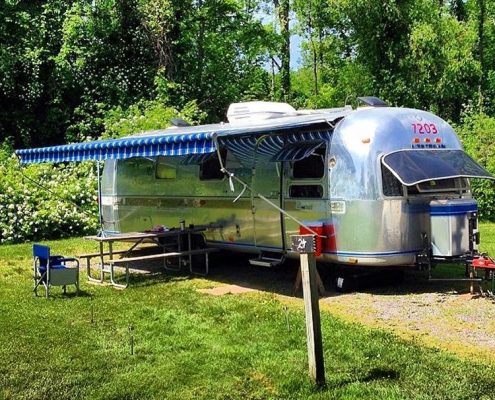 What upgrades or changes have you made to it?

The van we had set up at CanAm RV in London by the legendary Andy Thompson.  For those “in the know” Andy is the guy when it comes to towing. With three kids though, the original setup of the Airstream could not accommodate all five of us. So Matt ripped out the couch in the centre bedroom along with the TV and the cupboards and replaced it with some bunk beds for the kids.   While not the prettiest setup, they are perfect for the kids and even big enough for adults (Matt likes to sneak away for naps in the bunks).

What is your favorite part about it living out of your Airstream?

Affordable freedom with all the amenities.  We love to chase the weather but that costs money.  With the trailer we can keep costs down by driving…but avoiding the budget killers like restaurants and hotels.  With the Airstream, we can stop for a rest or a 3 course home cooked meal at any time.  Don’t get me wrong, we love restaurants and do our best to eat locally along the way, but we aim for 2 home cooked and 1 restaurant meal each day on the road, which keeps costs down.  My favourite has to be having a fridge and freezer 20 feet behind us at all times.  We also love the ability to take advantage of ‘Walmart camping’!   On travel days we generally roll in to Walmart late and go straight to sleep, then wake up first thing and hit the road (after making a purchase or two).  Funnily enough we are usually never the only ones camping in the Walmart parking lot … and have met or seen a lot of interesting characters.

I am not sure, there may be a few miserable days here and there while we are out on a long trip especially when kids get sick… bit it honestly feels like home wherever we are.   That said, after we get back anything negative is long forgotten and the memories are of all of the great things we saw and did!

How many miles have you put on your van during your travels? 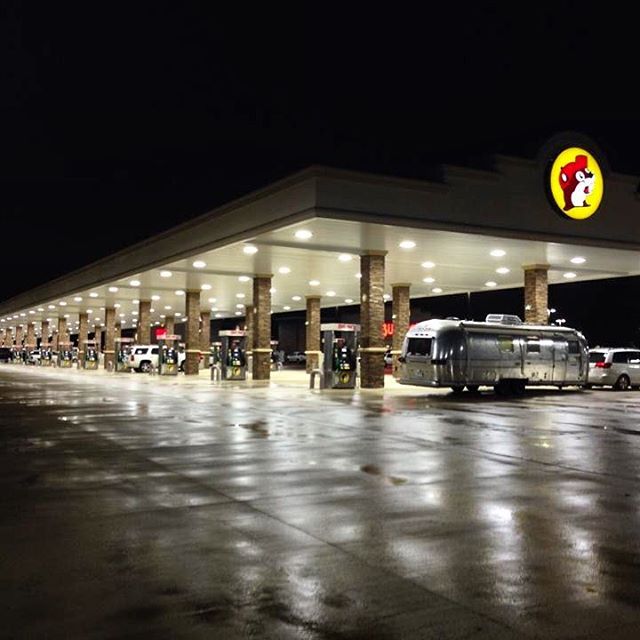 California and Nevada.  As east coasters the lure of the west coast has always been a draw.  Finally last March we took a 3 week vacation and drove out west with a fairly liquid plan in place.   We headed straight for the Grand Canyon loosely following the old route 66 with a “Disney Cars” theme for our roadside attractions.  After a quick overnight at the Grand Canyon (wow) we headed for our first KOA campground ever…Sam’s Town Las Vegas KOA. After one night we cut our plans for San Francisco and extended our Las Vegas stay for few more nights. For the next leg we drove to Malibu Beach RV Park in beautiful Malibu California.  It was not only a beautiful location overlooking the Pacific, (my first time seeing the Pacific) but it was one of the friendliest campgrounds we have stayed at. After a few days experiencing the sights and scene in Hollywood, Santa Monica, Venice Beach and Beverly Hills, we drove down the 1 to San Diego for two nights.  From there we started heading home along the 10 with a pit stop in Phoenix where we spent 4 wonderful days soaking up the sun before heading for home through El Paso and Dallas.

More locally’ we love Hither Hills State Park in Montauk, NY.  We are heading back there for our third time this summer.  It is a wonderful state park on the tip of long island right on the Atlantic!  We like to tell people who ask that we summer in the Hamptons and winter in Malibu.

We like the I-10. We have almost driven the entire I-10, except for a small part between Jacksonville and Lake City, Florida.  The first time we drove on the I-10 we were in the midst of watching True Detective season 1.  In the show, the landscape plays a big part in setting its vibe, and as we were driving through “Carcosa Country” it kind of freaked us out a little but was really fun!

Go for it!  The only way to know for sure is to try it! 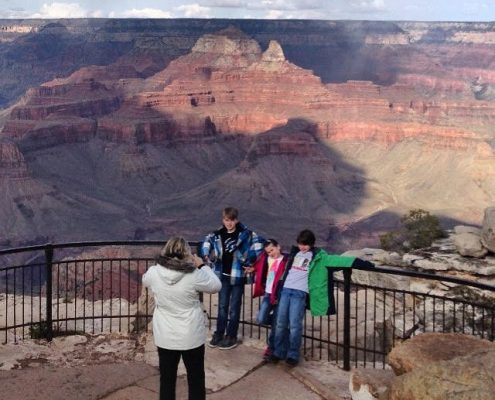 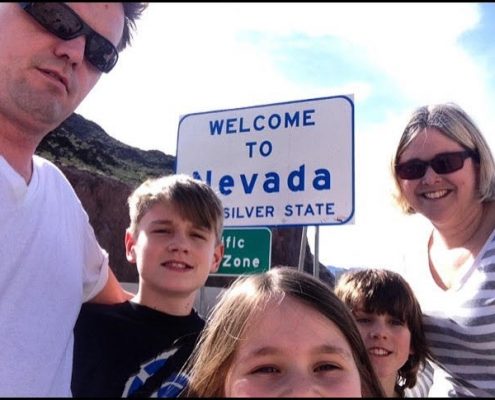 Somewhere on our first trip with the Airstream.  For the maiden voyage we set out for Pensacola Beach, FL and New Orleans, La.  We both loved that trip, minor hiccups and all. For Matt is was probably earlier, he worked on the railway across Canada before we met, so he has had the travel bug for a while, it was just dormant for a while.

I admire your outside the box approach to vacation time. Do you see yourself as somebody who took a leap of faith to travel in an unconventional way or do you think it kind of just happened?

Geographically we are happy with our summers in the Hampton’s and winters in Malibu.  Career wise…retired and on the road full time! 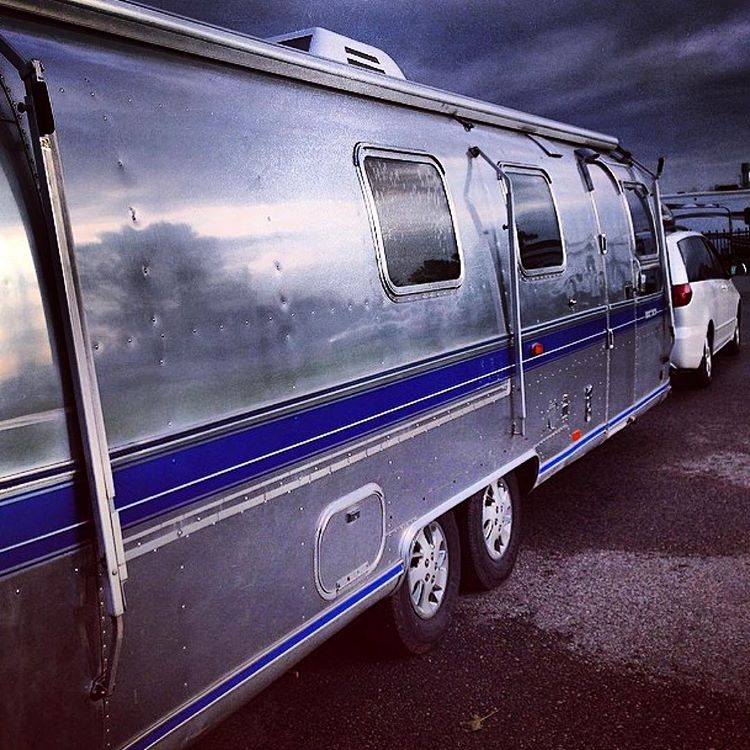