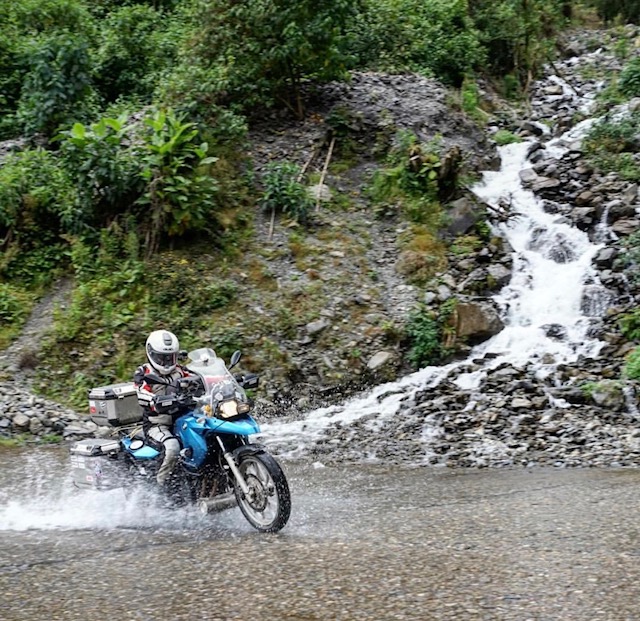 For the forty second installment in our ongoing interview series here at Dirt Orcas, we are very pleased to share the story of Asta and Linas. A pair of riders who are currently in the midst of an eighteen month round the world motorcycle trip that began in October 2016 in Lithuania. You may have heard of her from her Instagram call sign of @2wheeled_asta.

First of all, I love sharing these stories of people travelling together and particularly when they launch an ambitious trip like a round the world motorcycle adventure. Asta and Linas both create great content through Instagram as well as for their personal webpage, 2wheeledadventures.com. You can learn about their route, who they are, and the gear they choose for the trip when visiting the site, as well as many other things, like this really cool video and picture gallery from their travels.

Secondly, these two are producing great content and they seems to be having a great time. While many riders seem to focus on the grind of the journey, these two seems to share the highs of news places and adventure.

You can view Asta’s Instagram Gallery here and I highly recommend giving them a follow and checking it out.

Asta is a great reminder that the world is as we make it.

Please check out the interview below. 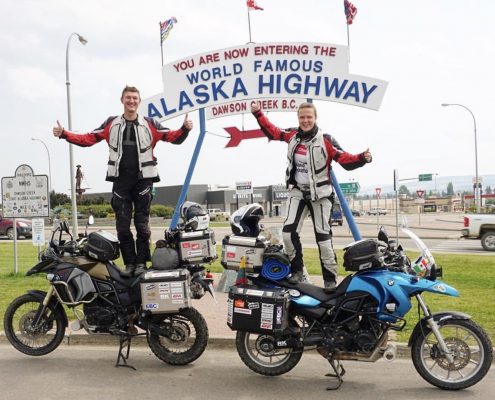 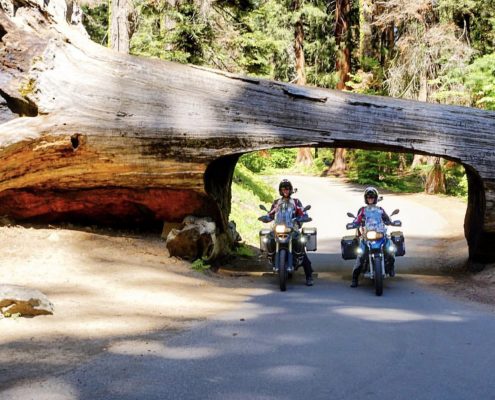 Currently my official status is – homeless and jobless, while I’m on a motorcycle tour around the world. However, as we are traveling together with my partner-in-crime Linas (@2wheeled_Linas), we sometimes joke that in this adventurous project of ours, while he runs the technical “department” which is responsible for mechanics, engineering, navigation and calculations, I run the creative “department” – my responsibilities include, photography and videography of the trip, communications in social media and in real life, writing articles and coming up with funny ideas on every topic.

My previous bike was a single cylinder BMW F650CS (a street-oriented cousin of the famous single cylinder F650GS), so a natural upgrade was a smoother and more powerful twin cylinder from BMW. I was already hooked on more adventurous riding routes, so I wanted to go GS. My choice could have been F800GS (which I would have to get lowered because of my short legs…) or F650GS twin. I found my current bike for sale with a very low mileage and just had to get it. I got it and never regretted. People like to comment that cast wheels are no good for off-roading, but since I don’t go blasting in crazy off-road conditions, I use it to ride to faraway places, it has proven to be a perfect bike for me. It has an amazing fuel economy with enough power, a comfortable position for a person of my size and a reliable engine – what else would you need from a bike on long distance travels?

I added some stuff. A bigger windscreen, handlebar risers, LED fog lights, bigger crash bars, aluminum skid plate, fold-able gear lever to prevent it from bending during a fall, full set of aluminum panniers, side stand base enlargement, aluminum tool box on a skid plate, small plastic fork protectors and bright blue tire valve caps for good luck 🙂 Oh and recently in Alaska I have been given a gremlin bell to hang on my bike to protect it from bad spirits 🙂 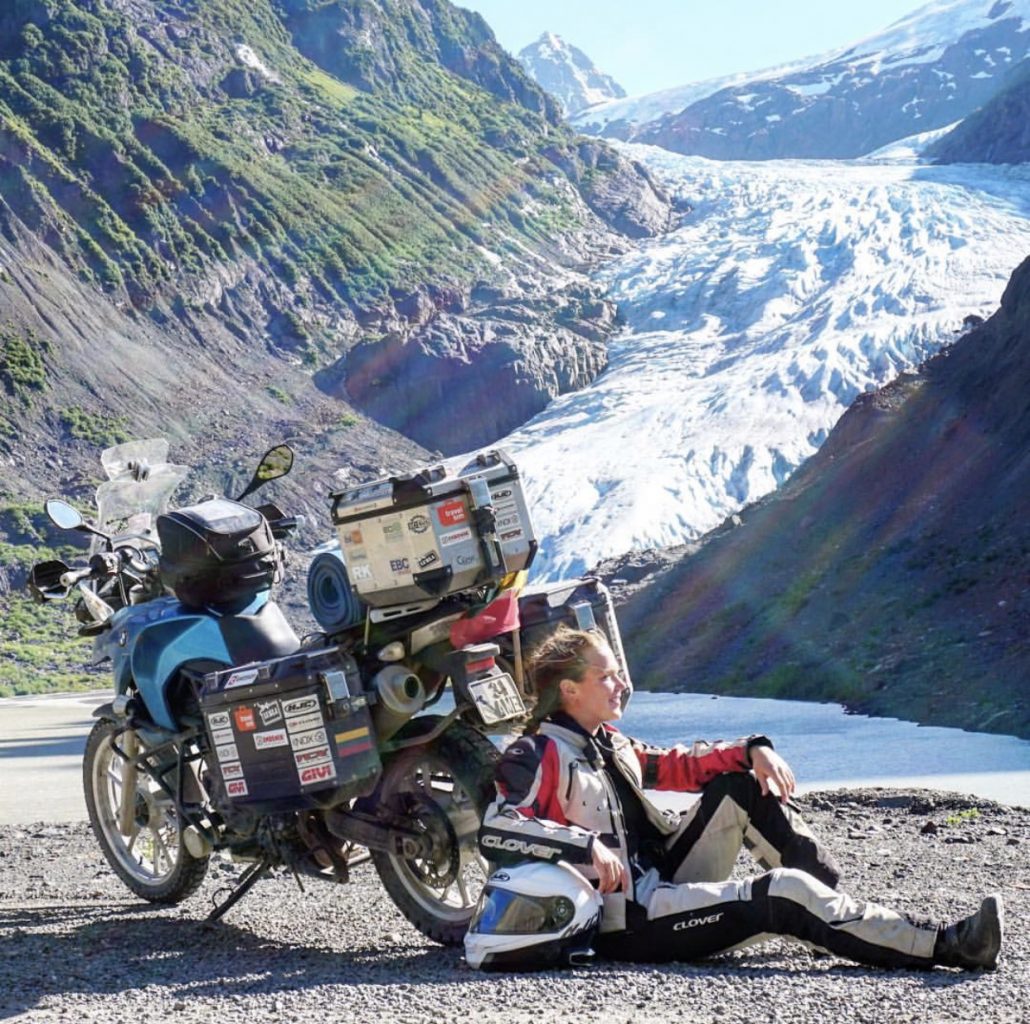 I love how diverse the world is and I get to experience so much of it while traveling on a motorcycle.

It’s sad that so many countries in the world experience conflicts, wars, terrorism and other turbulences. Living in developed countries we barely feel it, but when it comes to traveling, every time we have to plan to ride around a troubled country without exploring it, reminds me of how much energy people sometimes use on destruction instead of focusing on positive things.

The world! I’m so happy I had an amazing company to go riding with all the time (I’m not the solo rider type – for me traveling experience must be shared with the people I love). We rode around Europe a lot, we touched a bit of Africa by circling Morocco, a bit of Asia, by riding to the beautiful Baku in Azerbaijan and now I have ridden all across South and North Americas on my bike. The whole world is my riding “playground” and I couldn`t ask for a better one!

Careterra Austral in the South of Chile. 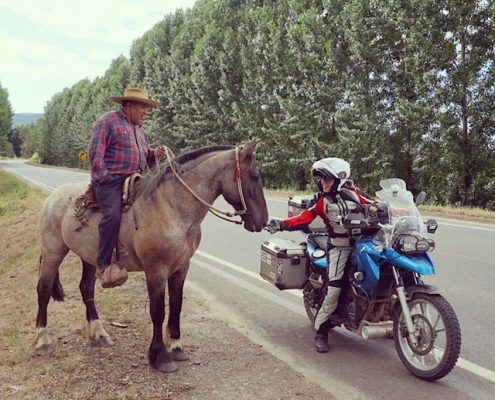 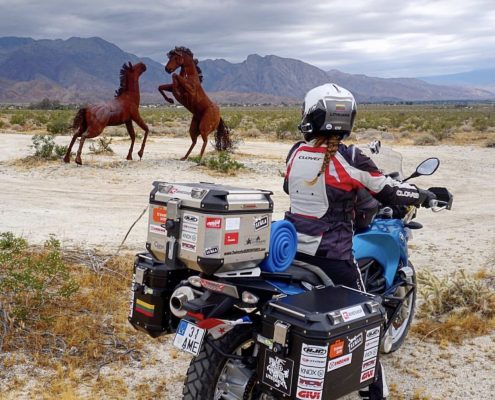 Fun! Whatever I do, wherever I am, I always have fun! Life’s too short to lack fun in it!

I’d use Mark Twain’s words: “Twenty years from now you will be more disappointed by the things that you didn’t do than by the ones you did do. So throw off the bowlines. Sail away from the safe harbor. Catch the trade winds in your sails. Explore. Dream. Discover.”

The dream about riding a motorcycle was deep in me long before I could legally drive anything. And then soon after getting into the saddle, I realized that my own backyard is so not enough. And they say that if you wish for something very sincerely, the whole universe conspires to help you achieve it. So everything came very naturally and here I am – very far away from home and not going there any time soon! 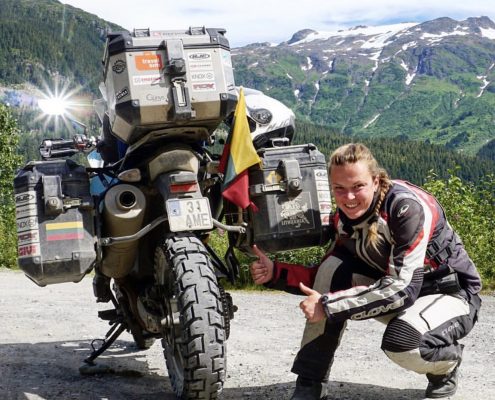 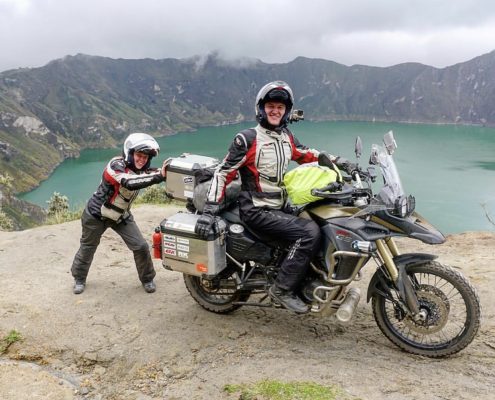 Everything I do, I do sincerely and have fun doing it. Meeting other riders, sharing our stories and learning from each other – this community is so amazing and I feel very proud to be a part of it.

It’s not a leap of faith, it’s not something that JUST happens – it’s something in between. It’s the wish to experience more, to feel the world we live in, to use my time in this world to the fullest. So far it’s definitely working out well! 🙂

I am now working on some intercontinental logistics for us and the bikes from Vancouver in Canada. I want to go to explore a different continent 🙂 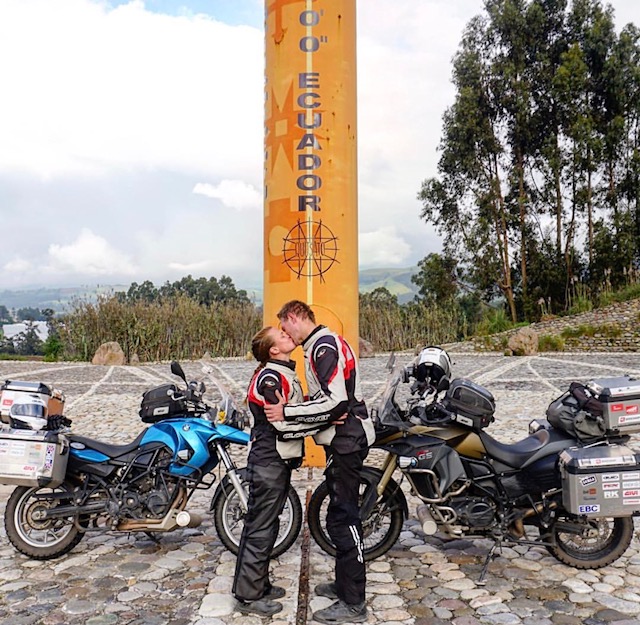 @dosequis are you looking to bring it back? #mosti

Not sure about best, but this was the hardest to e