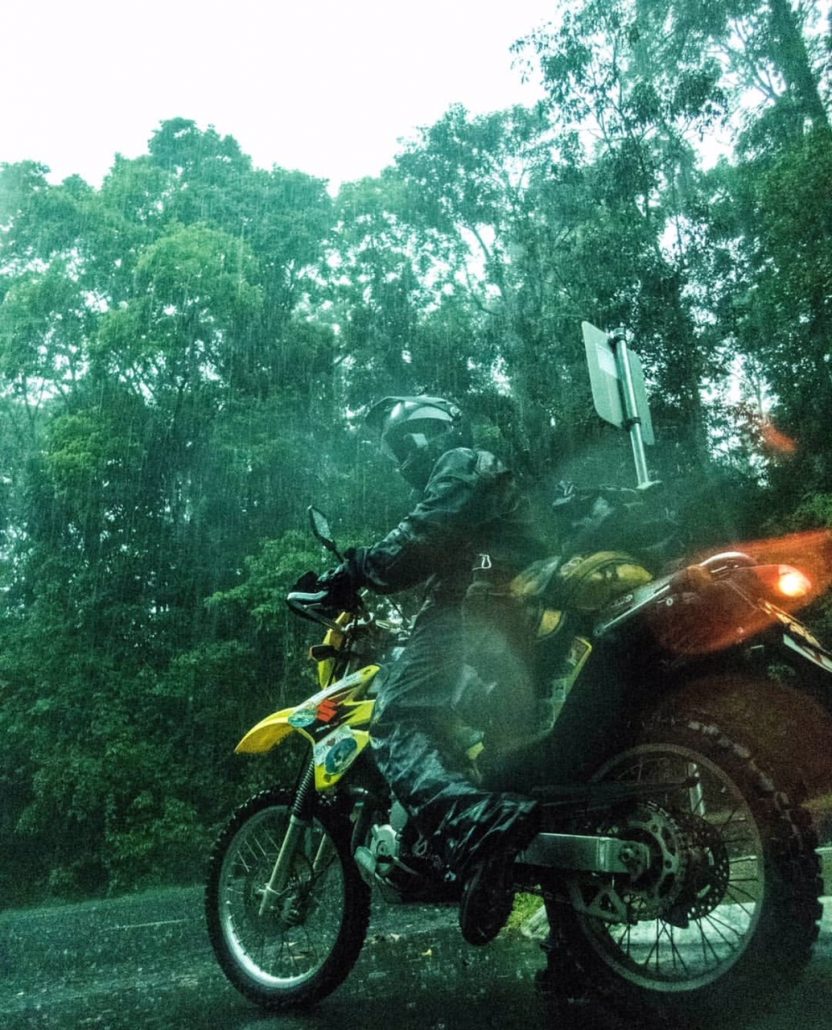 For the sixty eighth installment in our ongoing interview series here at Dirt Orca’s, we are very pleased to share the story of an Aussie student by the name of Tushar Ramesh. He is fairly new to adventure motorcycling but he is already making waves on Instagram. You may know him as @frontierfanatic.

I came across the photo of Tushar in this downpour a few weeks ago. The dark skies, the pounding rain, the yellow Suzuki, and I thought to myself, “Who is this badass who stops to take this picture?”

So I reached out to Tushar. I was very pleased to learn that he isn’t another battle tested old guy, making the most of his retirement, but rather, one of the rare young people like me, who are the future of adventure riding.

His adventures in dual sport riding are just getting going, as is his Instagram account, but I have no doubt his excellent adventure photography and the benefit of riding some of Australia’s premiere landscapes will propel his followers up in no time. You can view the @frontierfanatic gallery and give him a follow here. For now that is the only social media he has.

I really enjoyed interviewing Tushar and look forward to adventures to come. He is a great reminder that motorcycles are an expression of freedom and for those of us who adventure ride, it is even more exaggerated.

Check out the interview below. 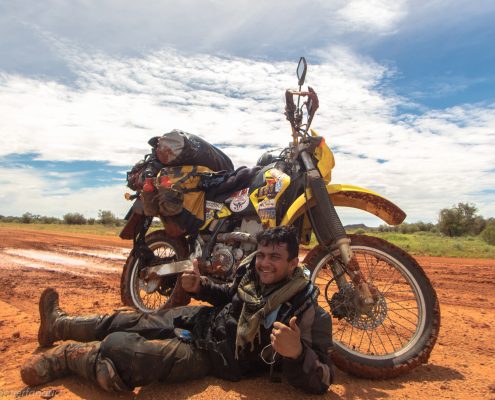 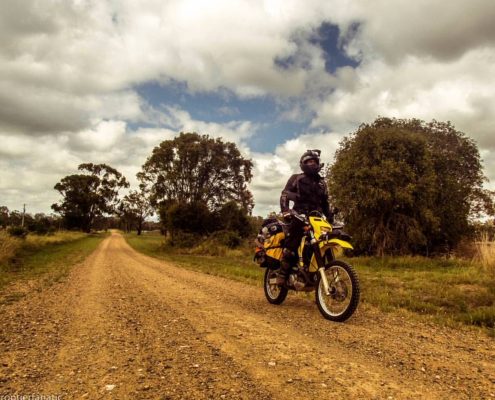 I am a full time student, with odd jobs here and there!

My current bike is a 2015 SUZUKI DRZ400E (Australian Version – comparable to the American S model). I’ve named the bike Tsu,

This bike was actually an unplanned purchase. I had started my continental travel around Australia on a smaller KLX250S, however, the engine on this poor little bike gave up and died, so I was left with a choice – continue the trip, or abandon it and go home. I had to finish what I started, (with modifications to the route), so I did more research and settled on the lightest, long-distance capable bike I could find.

I was considering three options. All single cylinder thumpers, all dual sports with long travel suspension and low maintenance intervals, and most importantly, all light weight, so I could go where I wanted without worrying about the bike pinning me down or me being unable to fix it unassisted. The candidates ranged from the Honda CRF250L, DR650 the DRZ400 and a XR650L. After my experiences with how a 250cc motorcycle performs during long distance highway stretches in Australia, I opted not to go for the Honda. While it is a good bike, capable of overlanding, once fully laden with gear, I found my 250cc KLX to just be struggling on highways, and sitting at 80 kmph – not enough to make good time on the long haul 600km days.  So that ruled out the 250cc. It was down to the DR650, XR and the DRZ400. I opted for the DRZ400E, due to the fact it produced a similar amount of horsepower to the DR650 whilst being 25 kilograms lighter. Light is right. A lack of XR650s nearby prevented me from testing them out. Low tech, bulletproof and carburettors – all things I wanted to have when all that civilization was for me at times was a fuel station 250 kilometres away. 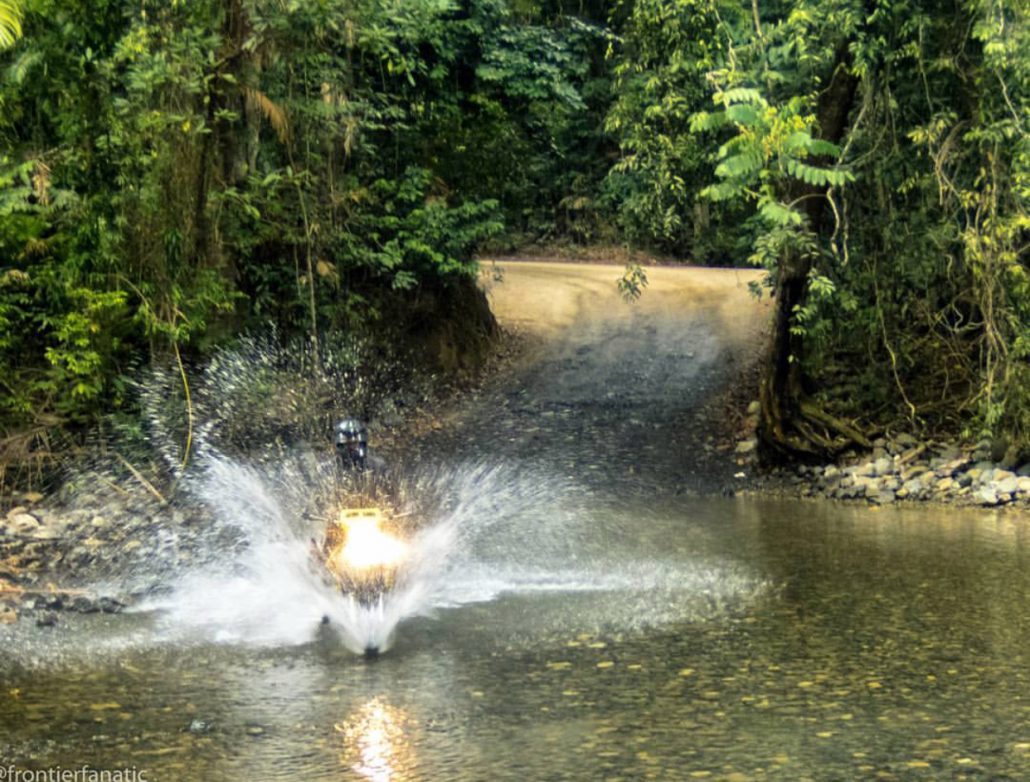 For highway riding I opted to change the gearing to a taller variant, to ease the stress on the engine on the long tarmac stretches. The front sprocket went to a 15 tooth, and the rear to a 44. After doing more varied riding I find this is the ideal compromise, but just being a tad too tall for really technically uphill stretches. But this is the best compromise for adventure riding. I put in a new EK 520 gold racing chain to complement the sprocket set, and added a set of case protectors to the vulnerable engine casings, I also added an aftermarket sprocket guard to accommodate the larger CS sprocket. Finally, the most important upgrade was seating comfort – to really smash out the long days on the road, the stock seat had to go. I opted for two things, a seat concepts custom seat which I was underwhelmed by, and an Airhawk cushion, which was absolutely fantastic, and made the long days bearable and enjoyable. I highly recommend the latter for anyone doing extensive touring or adventure riding. After my trip, I have added a more powerful LED light, an oversized 28l safari fuel tank, and not much else!

Motorcycles to me represent freedom. A dual sport takes this to an extreme – allowing you to go almost anywhere, with a relatively minimal investment. Being a student, money is often a limiting factor, but these cheap dual sports allow you to go and experience the world off road – at a fraction of a cost of the 4 wheel drive vehicle, with all the thrills of being exposed to the elements. So, to me, the bike is about the frontier, about that sense of undiluted freedom and exploration, allowing us in this ever shrinking world to taste the horizon by ourselves.

The worst thing about living off the motorcycle – this is a tough one. The greatest gift that adventure riding brings – being exposed to new things continually, is also its worst, at times. The impermanence and solitude of travelling alone eventually gets to a person. After 3 months, and 20,000 km’s, repeating my story every day to people I would never see again, proved to be mentally exhausting. So I would say, travelling on a schedule, where you have to make time and finish a trip by a certain date, is perhaps the worst thing about adventure riding. This is one big thing I have incorporated, and intend my future trips to be a lot more open ended.

The Western McDonnell Ranges, West of Alice Springs. The entire loop through from here, to Kings Canyon and Uluru. This stretch of on and off road is truly the purest part of the Northern Territory you can get to. And to me it represents the outback, in all its glory.

There can’t just be one. I’m currently fixated on the Victorian High Country, which I would love to explore more, and get my off road skills up to par. 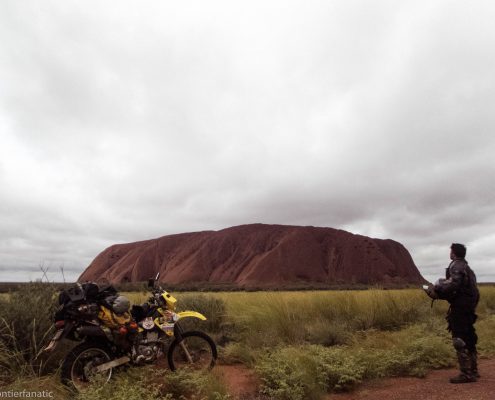 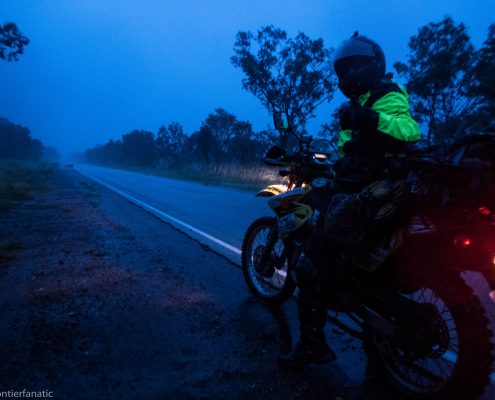 The favourite road has to be the one I’m riding next! I very rarely like to ride the same road twice.

Adversity. Seek out adversity. Comfort is stagnation. Adversity is the only way to evolve, especially if we live comfortable day to day lives.

Throw your leg over the saddle. You’ll figure the rest out along the way, but starting is the most important step.

A point of frustration at the general predictability of life, and more than a few questions about “is this really it?” when I asked myself what I was doing. That was the motivating factor behind getting my first bike little over 2 years ago. So I wouldn’t say that I necessarily discovered a realization, I just went back to doing what I liked as a child – going on adventures, no matter how small or big, and this time, doing them for real, and not in the imagination of my mind’s eye. 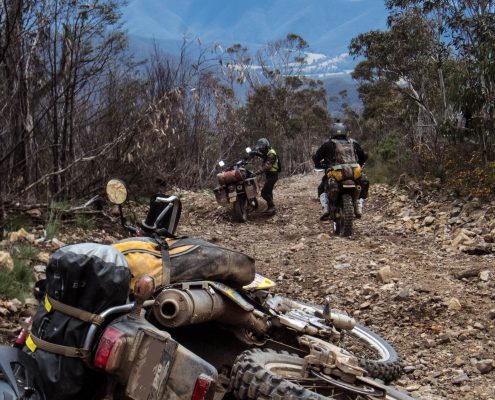 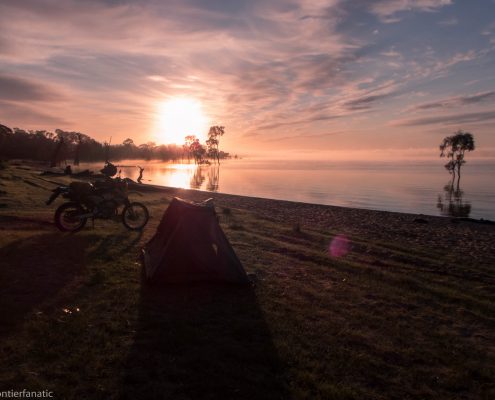 My family has placed emphasis on not giving up, and treating others with respect.  They’ve helped me finish things through that I’ve started, and taught me to really listen to what people have to say, things that have made my travels a lot more worthwhile, allowing me to take in experiences and views from people who I’d not normally get the chance to interact with.

It’s something that just happened. At the moment, I have a potential future of a career, being a student. So for me, life going forward will be a balancing act of juggling my desire for adventure, the frontier and the practicalities of upholding responsibilities that I will have to inevitably take on with regards to family.

New Zealand, Japan and Central Asia. All three are vying for space in my daydreams. I’d also like to popularize adventure riding amongst youth, and young adults my age. It very much seems to be a hobby dominated by the older gents, and hats off to them, but we younger chaps need to put on a better show! There’s scope within this hobby to address a lot of the issues youth face today with regards to the modern world, and how it chews us up and spits us out, and there is a great potential for these humble vehicles to be something more than just a collection of moving parts amongst society. 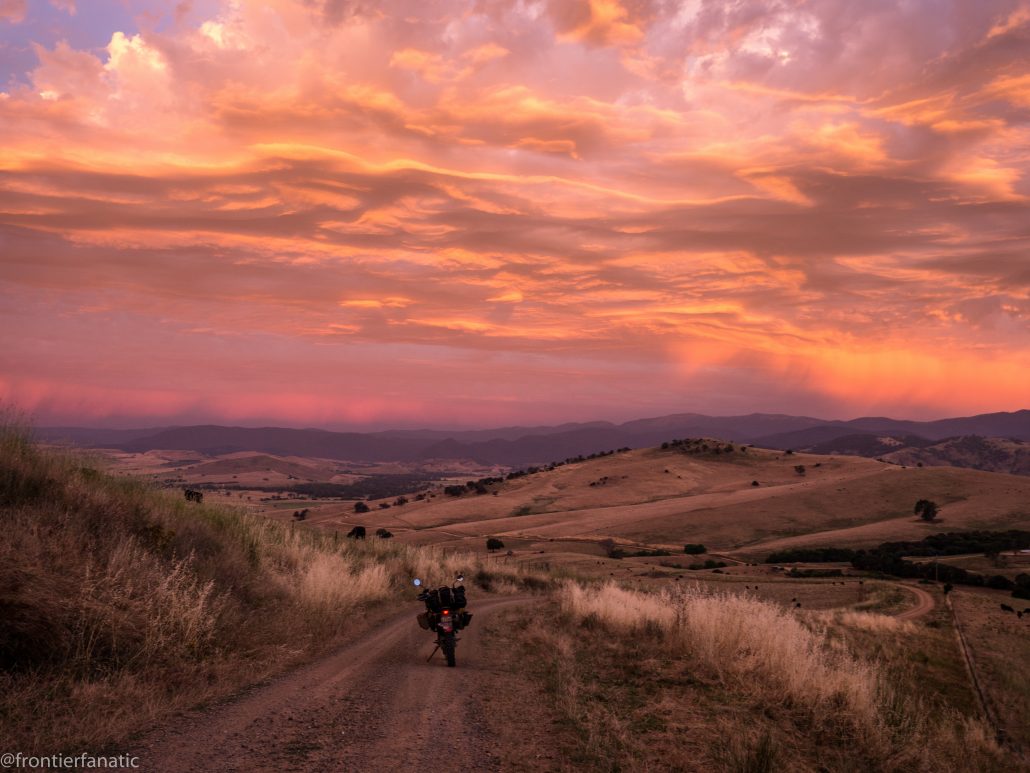 The Pod is Coming!