THINGS TO KNOW FOR YOUR FIRST ADVENTURE RIDE 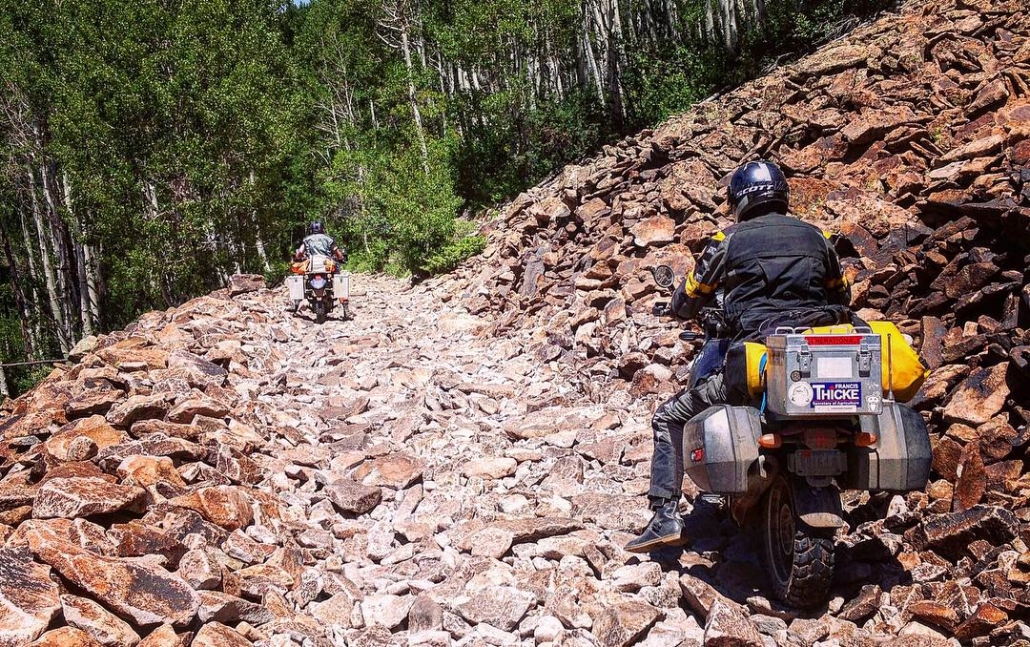 I had a few motorcycles before I bought my first adventure bike in the 2010. I liked to ride as a commuter around town and take the occasional multi-hour trip and maybe camp out or grab a hotel. Like many people, I liked the appeal of an adventure bike. I was inspired by Ewan and Charley and their journey and wanted my own piece of the action. The adventure bike grants you the ability to easily get off the beaten track and expand your possibilities.

I purchased a 2005 BMW r1200gs with 41,000 miles and was immediately smitten with all the new potential destinations I opened up. I spent hours reading ride reports and advice pieces on advrider.com.  Blogs about places I could go and adventures I could take. Coming from a background in backpacking, I had most of the lightweight camping gear you’d need for adventure riding and I figured just strapping everything down in a big old “mostly” waterproof duffel bag would be good enough to get out there. It was an exciting time.

Like many people new to a community, I wasn’t aware of what I didn’t know. 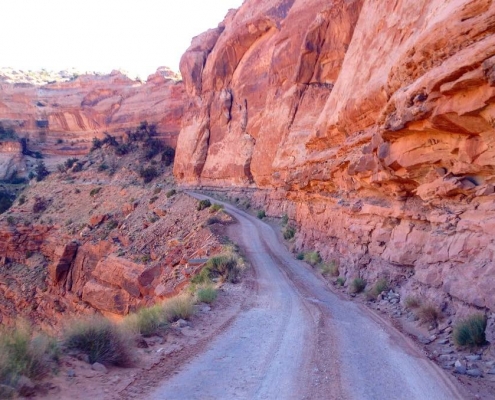 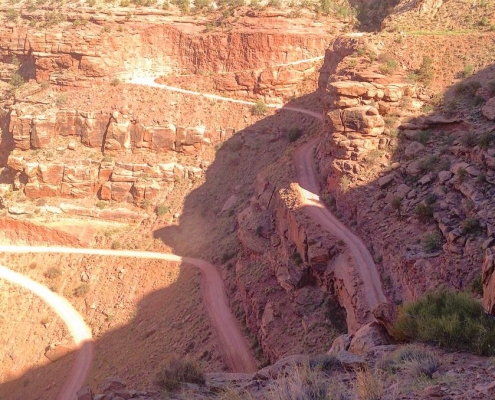 The plan was to ride from Iowa to Colorado and meet up with two friends. Then riding together, eventually landing in Moab to complete the White Rim Trail. A solid plan for your first big adventure. Keep in mind I didn’t bother with a shakedown ride to get a feel for how the duffel bag would work or the tires would translate to the dirt and sand. No, with the upmost confidence and exuberance, I thought to myself, “this is what it is made for” and “this will be fine”. Ultimately it was fine and I had a great time but I really didn’t know what I was doing.

For starters, I didn’t know that loading up a 50lbs duffel bag on the pillion seat was not the best way to situate your gear weight while trying to ride off road. Any slight lean while riding at slow speeds in the mountains really compounds that weight when it is up high like that. Which is why most motorcycle luggage is mounted with a low center of gravity in mind. I had a topple over on a wet switchback on Cinnamon Pass and a few more in the La Sal Mountains and on the White Rim Trail, because the bike was just too heavy to hold up once it started to lean. Fortunately I was prudent about wearing proper motorcycle gear. I purchased a quality helmet, jacket, pants and boots for the ride. This saved me a lot of bumps and bruises.

I also thought that the 50/50 tires I was running would be perfect for the trip I was taking. Half the miles would be spent off road in Colorado and Utah and half would be spent on the interstate as I traveled west from Iowa and back. “That’s about 50/50. I’m set.”

Not so much. When riding off-road in Colorado and Utah those 50/50 tires felt like racing slicks as I slid down dirt paths and couldn’t get any traction riding up rocky embankments. On the plus side, when you’re riding on the interstate in a driving thunderstorm, those 50/50 tires also feel like street tires. A quality dual sport tire provides significantly better traction off-road and you can still manage on the interstate just fine.

I learned the hard way that proper luggage, riding gear, and tires are really important when it comes to adventure riding. 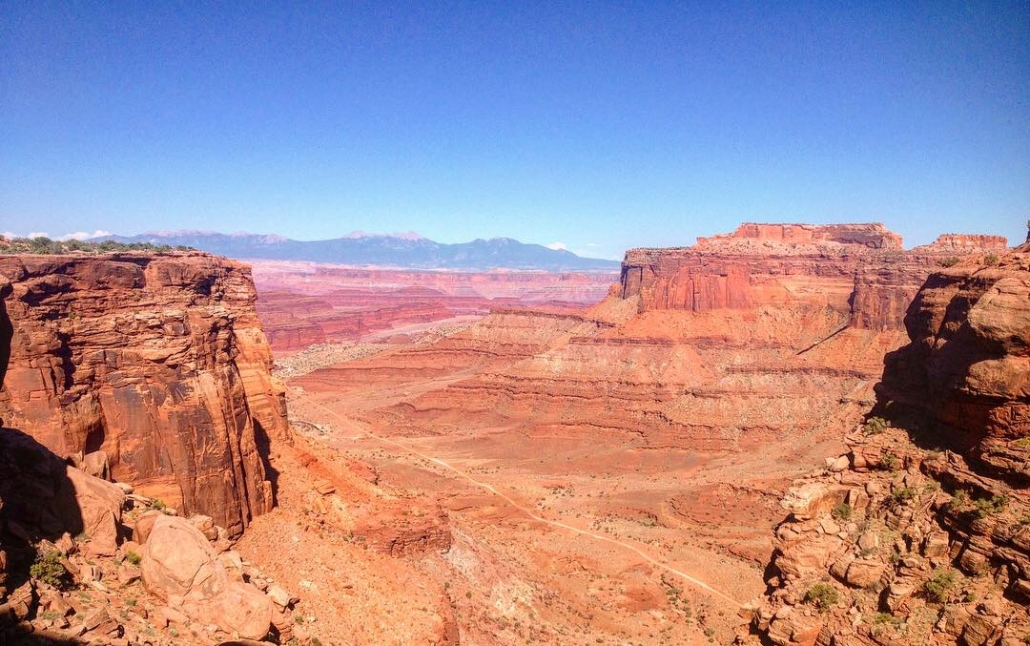 The photo’s in this article are all from the same day. A crazy day it was. I’m nearly ten years into adventure riding and I can say this day was easily the most amazing day I have ever had on a bike. We woke in Colorado after camping in a National Forest. The plan for the day was to head over to Moab and grab some lunch. Then to head to Canyonlands National Park to ride the first half of the White Rim Trail and camp at Murphy B. I had booked this camp site months in advance at the recommendation of folks on ADVRIDER and the Park Service and didn’t want to pass up the opportunity to stay there. As we packed up camp and loaded the bikes, I check the GPS to see that Moab was a little over 2.5 hours away.

One of my friends also has his phone out during this time and suggested we take a forest service road he located over the La Sal Mountains and get to Moab the fun way. This route was all off-road. He suggests that we will go slower, but it’s more of a straight shot so it should take about the same amount of time. We agree to go his way, even though I was a little nervous because I was riding on a patched rear tire after picking up a nail near Animas Forks the previous day.

Well five hours later we were still working our way through the rocky two track as we descend switchback after switchback towards Moab. We encountered a boulder field I wasn’t able to navigate. I needed speed to balance the bike but each time I got my speed up fast enough to stay upright, the bike would bottom out on the boulders and bash my skid plate to pieces. If I went slowly, I wasn’t able to toe tap my way through the rocks because when I would look for a spot to lay a foot down there might be a hole between the boulders and I would tip over. crashing the bike into the rocks. I relented and asked my friend David (who is 6’7″) to navigate my bike through the field.

After we got all three bikes through, my pride was hurt but I was uninjured. My bike however did not fair as well. We noticed I had broken the bushings on my skid plate and it was hanging free of the engine case. My other friend Nathan took off his headphones and stripped the metal wire out of them and secured my skid plate to the manifold pipe to keep it from catching on rocks until we could get to town and properly fix it.

I soon ran into a guy on a Honda 250 and the look on his face was of pure shock. He said. “Wow man. That’s a pretty big bike to have up here.” I told him I had ridden it from Iowa and he was even more surprised.

We arrived in Moab after 6.5 hours on the trail.

We refueled the bikes and grabbed some supplies and hit the Potash Road to start the White Rim Trail just before 6 PM. The feeling of descending into that place is nothing short of exhilarating. All the fatigue from the difficult day washed away and I was nothing but euphoric.

The ride on the White Rim Trail took us about 4 hours to Murphy B. We maybe saw two other people out there, both in SUV’s. We pushed up Murphy’s Hogback and turned the corner to our campsite about 10 minutes before the sun set. We all collapsed on the rocky outcrops on our sleeping pads. Nobody even bothered to put up a tent. We slept under the incredible stars in the open air. Partly because it was so beautiful, but also because we couldn’t be bothered to erect a tent. 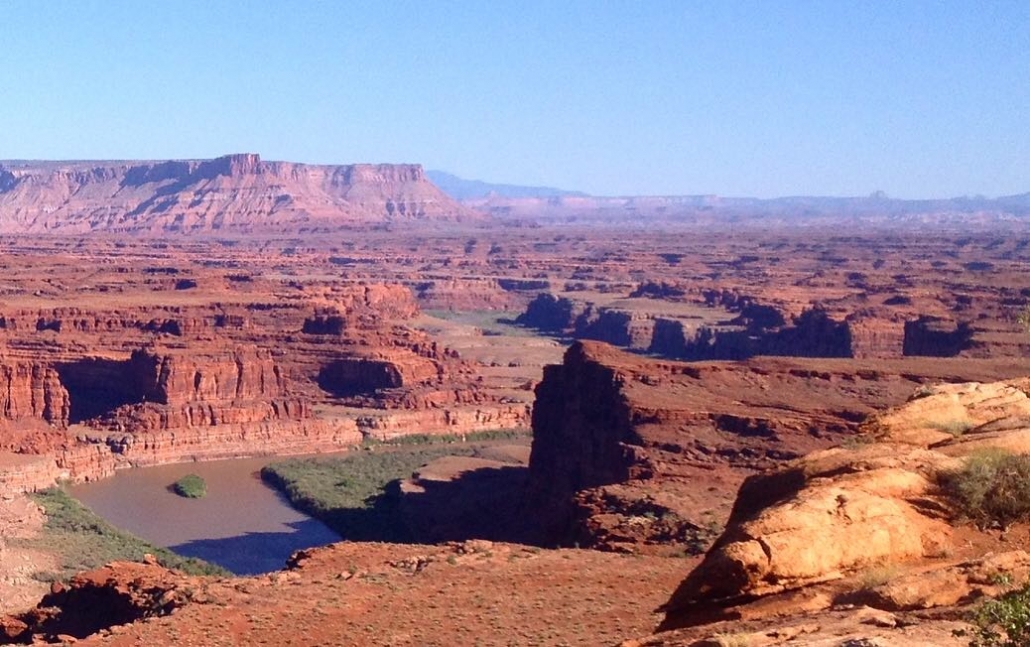 The heat of Utah in July had melted our ice supply shortly after our resupply. We sipped a few warm beers as we watched the sunset and the stars begin to emerge. Nobody spoke. We all let the beauty of landscape do the talking. If you haven’t ever seen the stars from Canyonlands, put it on your adventure list ASAP. It is a real spectacle.

If there is anything to learn from this story it’s that the proper gear, luggage, and tires will make your trip much better. However, the most important thing you can take away is that, no matter what, you should find a way to go. Maybe you don’t have the right luggage or the perfect tires, but you do have some luggage and some tires. Get after it. Write your own stories. It may get a little wonky and you’ll feel like you’re in over your head but you’ll get through it and you’ll look back on it fondly.

You may have a harder time if you aren’t properly prepared but at least you are doing it. There is no substitute for that. 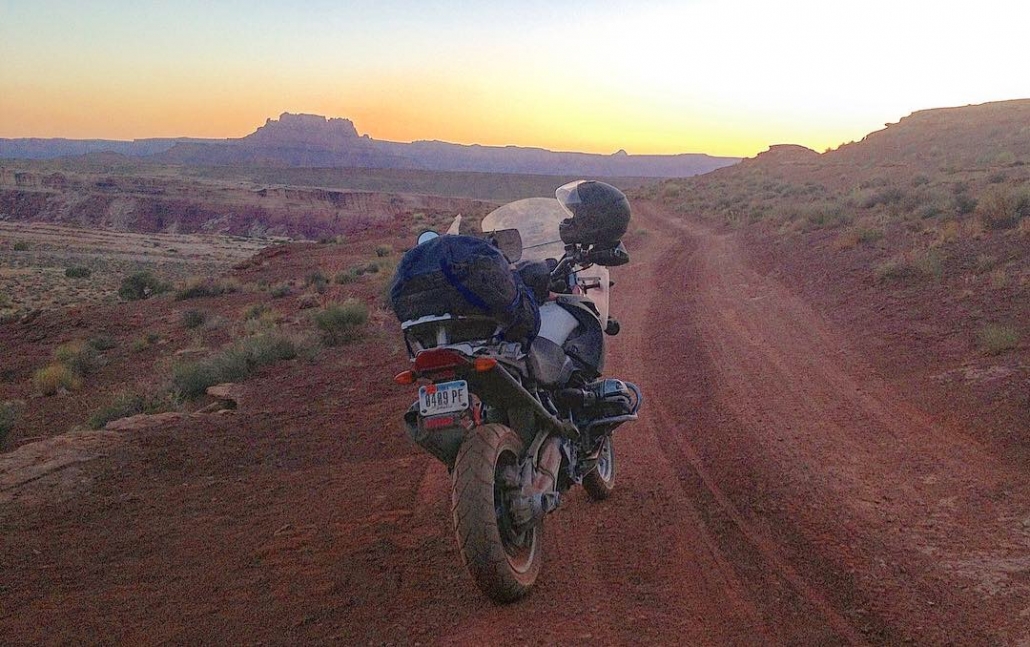