The Epic Adventures of Steve Reno 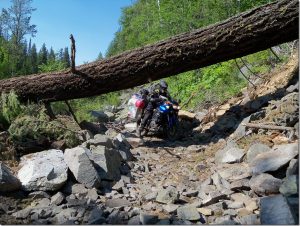 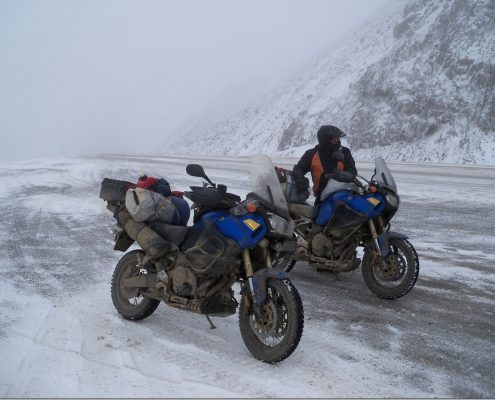 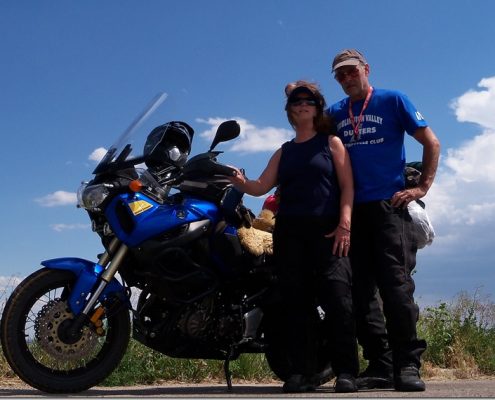 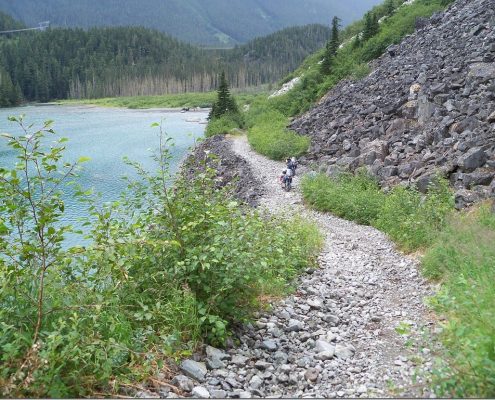 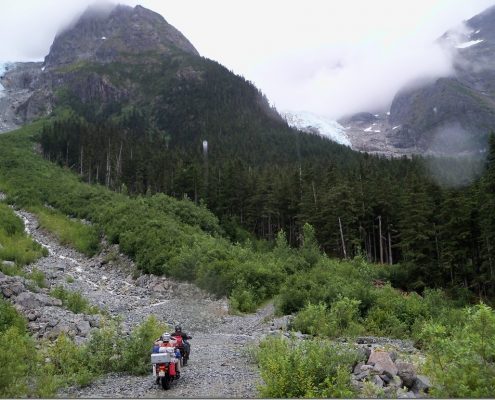 We spoke with Steve Reno for the third installment in our ongoing interview series here at Dirt Orcas. Steve is a bit of a legend in the Adventure Motorcycling community.

If you live in SE Iowa you may have seen Steve ride by on his Yamaha Super Tenere. If you live in the remote wilderness of The Yukon Territory, you may have as well. He has an enormous appetite for riding, completing massive trips in time periods most other people would think impossible.

People from around the world are complimentary of his rides, adventurous spirit, and enthusiasm on www.advrider.com. Whether he is casually heading over to Utah with his wife Michelle to ride The White Rim Trail or tackling the 11,000 mile trip to the Arctic Circle in three weeks, he is typically up to something most people hope to experience just once in their lifetime.

His list of accomplishments is lengthy. Too lengthy to cover here. In brief, the gnarliest parts of Colorado, Utah, Kentucky, Missouri, Montana, British Columbia, and The Yukon just start the conversation.

Steve’s approach to life is pretty simply, prioritize family and adventure… and combine them as often as possible. 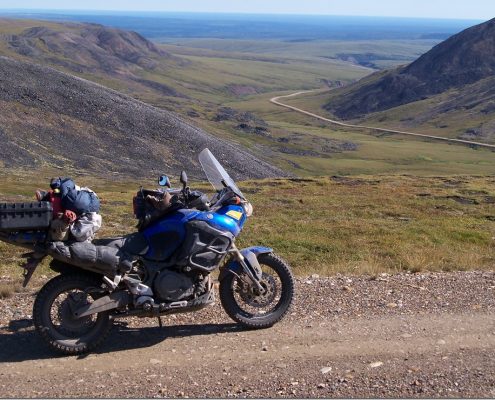 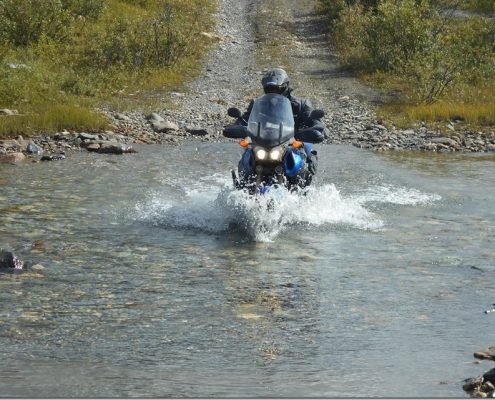 Did you name your bike? What do you call it?
Baby Blue after the Bad Finger song

I got it Aug. 15th 2011 after having it pre ordered for 10 months.What other vehicles did you consider and what made you ultimately pull the trigger on the one you bought? I was looking for a new modern bike. I was riding a 1997 Yamaha Venture at the time. When Yamaha said they were bringing the Super Tenere to the USA as a pre order bike in 2011 I told my son “If I order one of these we are going to ride to Alaska” So he bought a KTM990, The time to leave for Alaska was getting close and I still had no bike , so I picked up a 2006 DL650 just in case the Tenere never got here, It showed up at the dealer the day after we left for Alaska. I have sense rode the Tenere to Alaska two more times. One of them times my wife rode with me.

Have you made any upgrades or changes?

I run a lot more aggressive tires than stock, so I can go anywhere I feel like.

What is your favorite part about it?

I like the dependability part about this bike. It’s just rock solid reliable and I never worry about how remote a place I’m in or if it will break down.

The least favorite part is that I don’t get to ride it enough. It’s just addictive how fun this bike is to ride. 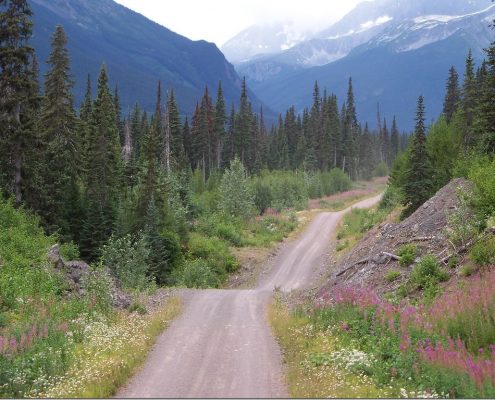 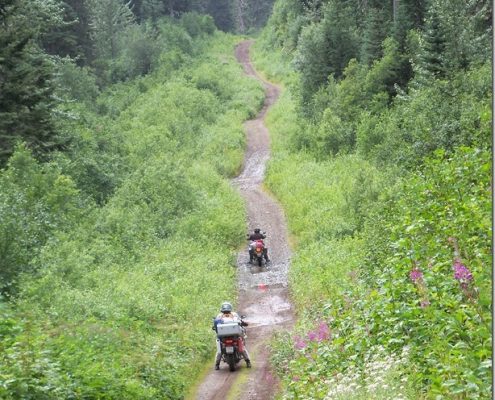 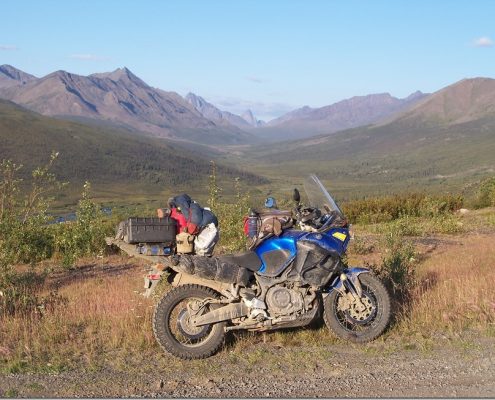 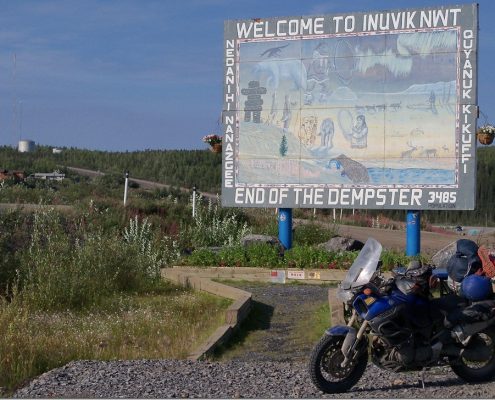 What got you interested in Adventure Riding?
I knew nothing about adventure bikes until I ordered this Super Tenere. I always wanted to ride to Alaska and that just started it for me.

What is the best place you have taken it? Is there just one?
Alaska trips. Actually, the Yukon and Northern British Columbia are my favorite places.

Favorite road you’ve driven it on?
North Canol Road in The Northwest Territories and The Yukon! I want to go back! Grizzly’s, black wolfs, and all the sights and remoteness I dream about.

If you could give a person one piece of advice when thinking about living off of a vehicle what would you tell them?
On long trips you need to enjoy every mile and every minute of the trip. Learn to like the long boring road along with the nice ones. Don’t let anything or anyone get you down.

One of the things I admire most about your trips, is your amazing ability to squeeze a lot of things into a short amount of time. Most people aren’t capable of doing the Arctic Circle in a month, let alone three weeks, and you managed to find time to do some great trails and off road too. What’s your secret?
Ride Ride Ride! Don’t get tired of riding ever! Get on the road early and ride late. [but not after dark.] I don’t fish, I go there to ride.

Is there a trip you have wanted to take but haven’t yet?
If I can get my wife to go I’d like to do the trans Labrador highway to Newfoundland.

Do you ever see yourself heading out for an extended period of time on the bike? Like doing a 6 month trip or even a year and really living on the road?
I would if Mexico was safe. I would love to ride to the tip of South America but with all the drug trouble down there I don’t see it ever happening. 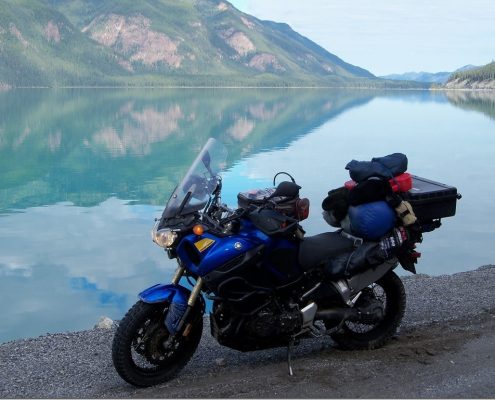 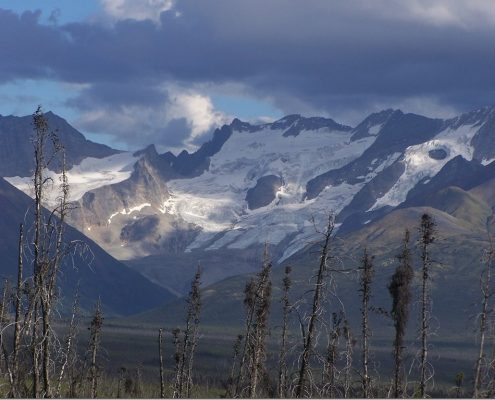 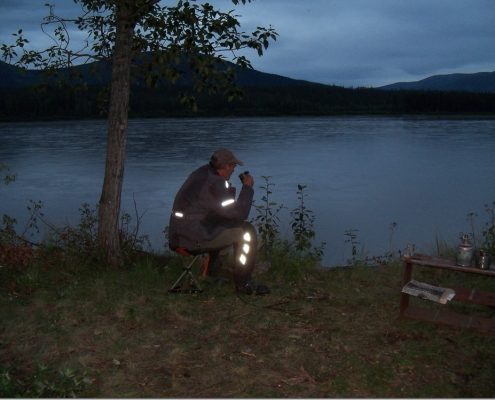 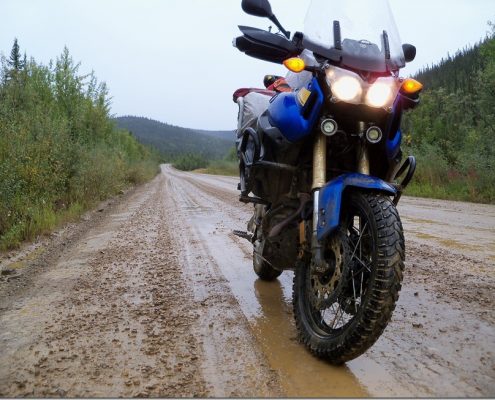 Hearing about some of your trips, it is clear you treat your Tenere like a real adventure bike. I have seen you go into extreme conditions and places other people wouldn’t dream of taking even smaller more off road oriented bike. What is the hairiest situation you have found yourself in while getting out in the back country?

I have never ridden alone in remote places that could be hairy. Not a good idea. Even though some of the places are tough or even real tough, I wouldn’t call them hairy when I’m with riding buddies. Three or four guys willing to work at it hard can usually get through.
I would try most anything once, but then after I do it I would always like to do it again.
Telkwa Pass was really tough, but I would do it again if my boy could go with me. 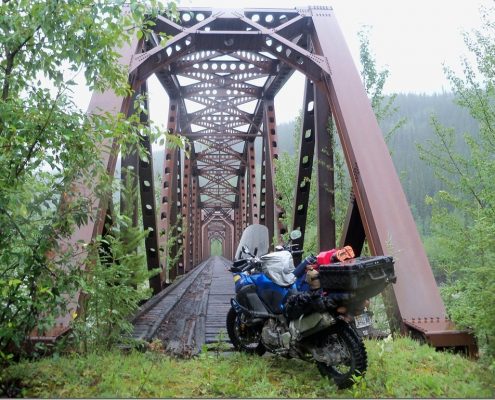 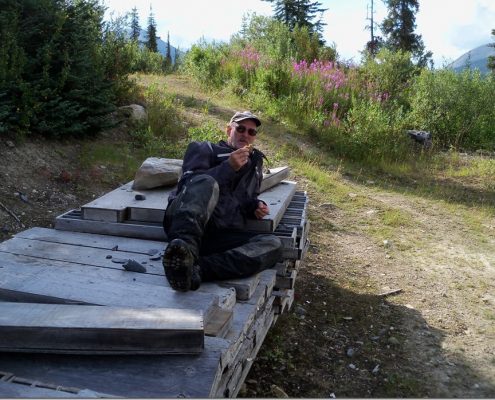 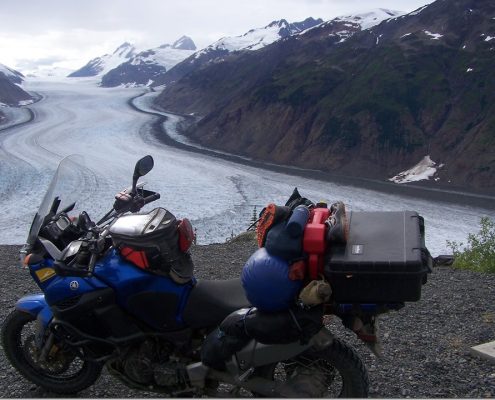 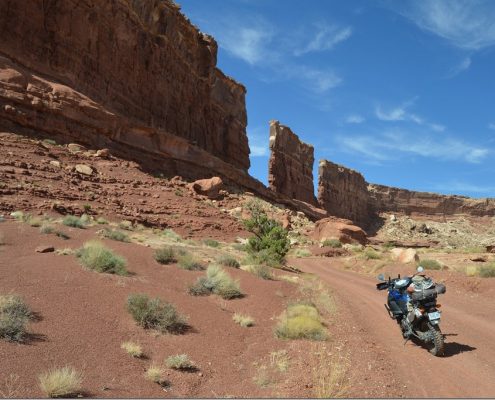 You can read more about Steve’s epic adventures here:

More from the #idahobdr and my tour of #idaho - Ri

I departed the #idahobdr from Yellow Pine and took

#idahobdr continues on from Pine to Yellow Pine. W

Capped off a fantastic start to the #idahobdr with

Happy 10 months on earth Cole. We love you as much

Although I’ve decided to downsize and we’ve ha

Visited Garden of the Gods in Colorado Springs thi

Next up in our Covid Double exposure series is @al