@RTWPAUL: RIDING THE WORLD SINCE 2011 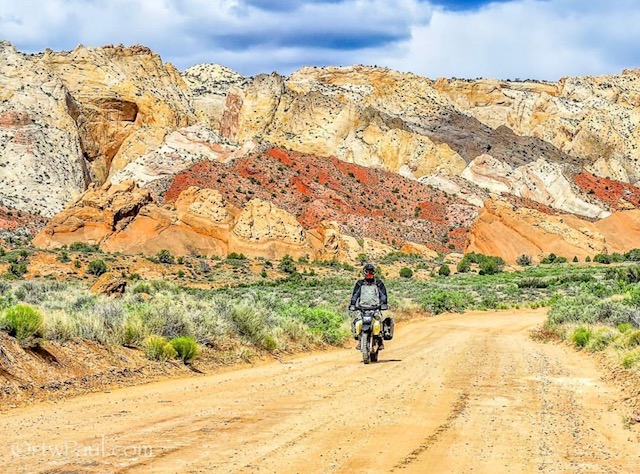 For the fifty first installment in our ongoing interview series here at Dirt Orcas, we are very pleased to be sharing the story of a true adventure motorcycling great, @RTWPaul.

Paul has been riding the world on a variety of motorcycles since 2011.

There are many things that make Paul’s story an interesting one. One, he has been travelling the world by motorcycle (visiting more than 85 countries as of this publication) for nearly 7 years now. He is often accompanied by Egle, an accomplished adventure motorcyclist herself.

Two, he is an excellent photographer, his rich photos really bring the feeling of adventure to life.

Three, as if what he is doing now isn’t interesting enough, the story of his life leading up to his trip departure and how he made the choice to travel indefinitely, is enough to write a book series. The details of which involve identity theft and a stroke resulting in temporary blindness. You can learn more about Paul’s story and see additional photography at his website, rtwpaul.com.

Without question, you should also be following @RTWPaul on Instagram and Facebook if you are into that sort of thing.

However you prefer to learn more about @RTWPaul and his travels with Egle, I highly encourage you to do so. They are inspiring, thoughtful, and simply genuine. Those are qualities the world can use more of these days.

Check out our interview below.  All photo’s by @rtwpaul. 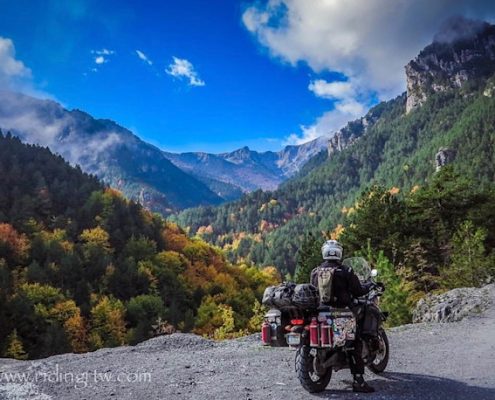 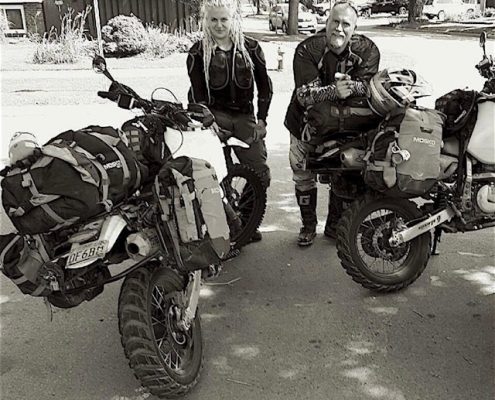 Retired when I was 45…work sucks!

I don’t name bikes; if I wanted to name something I’d buy a boat or a dog.

I buy bikes as I need them and pick a bike that is right for where I’m traveling to and how I want to ride.

For the current bike – We were in Crete, Greece after riding Europe for about a year riding 2 up on a Super Tenere when I got an email from a friend in AZ that he had 2 DR650’s in his garage, selling for a friend, did I know anyone who would be interested. We were currently looking to swap back to two bikes to do more offroad and were struggling to find much on offer in Europe as offroad riding is illegal in a lot of countries. We had planned to leave Europe and ride a lot in the ‘stans and Russia etc. to continue our RTW. This email came thru and I asked Egle if I made a crazy low ball offer and it was accepted would it be so bad if we went to the US and did our (vaguely) planned RTW in reverse. Offer made, and accepted in a matter of days we were looking for flights back to the US.

I used to own 3 motorcycle shops and build motorcycles from the ground up and have owned maybe 250-300 bikes personally over the years, I never get attached to a bike and pick what seems like the right bike at the right time. Most of the time a deal drops in my lap too good to turn down as was the case this time. 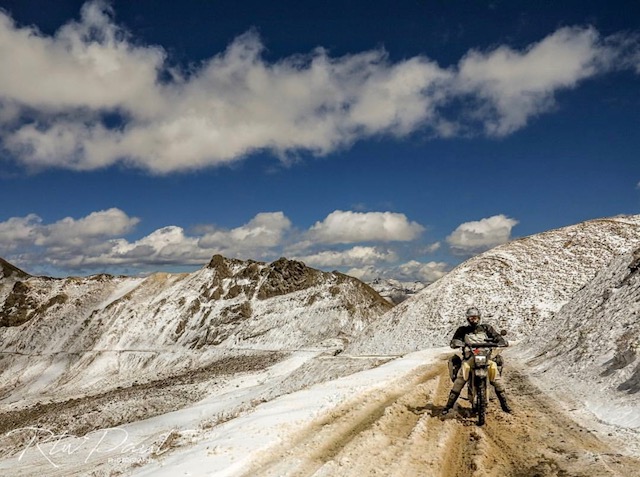 What’s not to like, I get to ride a motorcycle RTW

It sounds really lame because I’ve traveled to 86 countries but this bike has only been to two with me, US and Canada, so I guess Colorado for ‘this bike’ but not for me as a rider. Some of the absolute best riding I have done is in the ‘stans, specifically Kyrgyzstan and Tajikistan and spending a long time riding roads bordering Afghanistan. 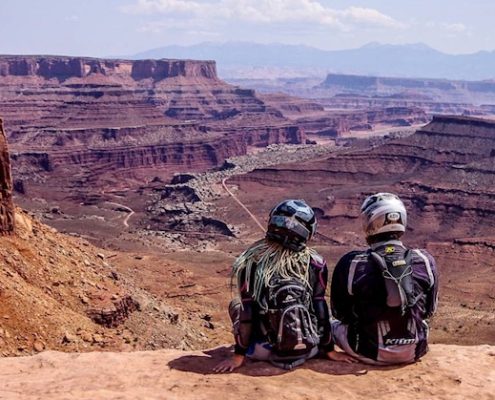 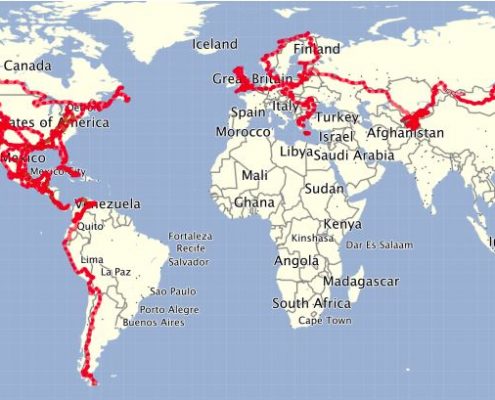 I first traveled with my family to a foreign country when I was 8 years old, over the next 10 years I realized that living in one country because you were born there and only traveling for vacation was a very confining way of life. As soon as I could I was applying for international jobs and never looked back. I think I was born a nomad it just took me until I was 18 to realize it and I could control my own destiny and create my own freedom. 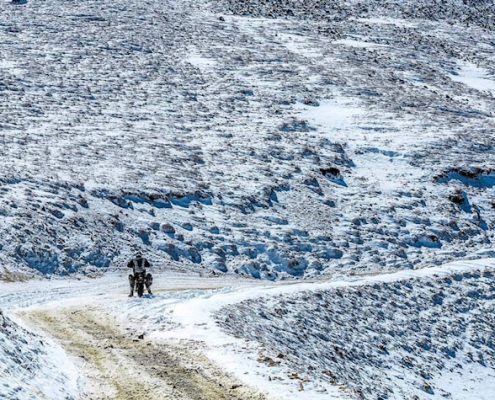 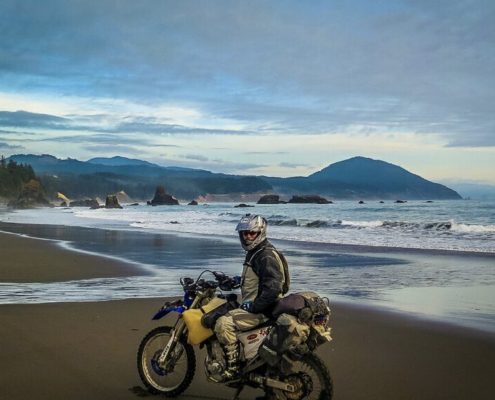 My family likes to travel somewhat but no one travels like I do, I am an individual in that regard, no one else in my family rides a motorcycle or has the slightest interest in them, so I don’t think it’s something that I got from them, it’s something that was inside me that I discovered.

In 2008 I had a stroke and went 100% blind; when I regained my sight I had a different kind of clarity, a different motivation, I became driven to find freedom and made a choice for a life change.

There is no end date to my travels so everywhere is an option as far as I’m concerned, I travel reasonably open with not too much solid planning, all I really decide on is direction…new direction – south…ish

Career, been there done that. I consider my not working creates a job for someone else and who knows they may become an overlander too if they make the choice, then work and save hard. 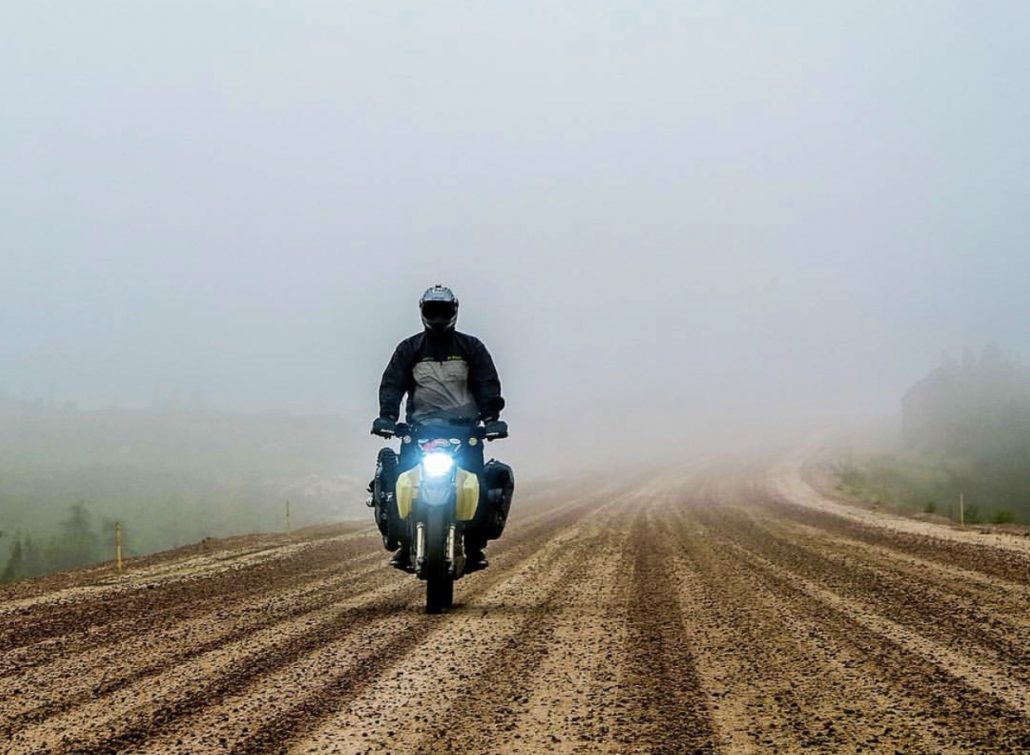 THE OVERLANDING BOOKS BY GRAEME BELL