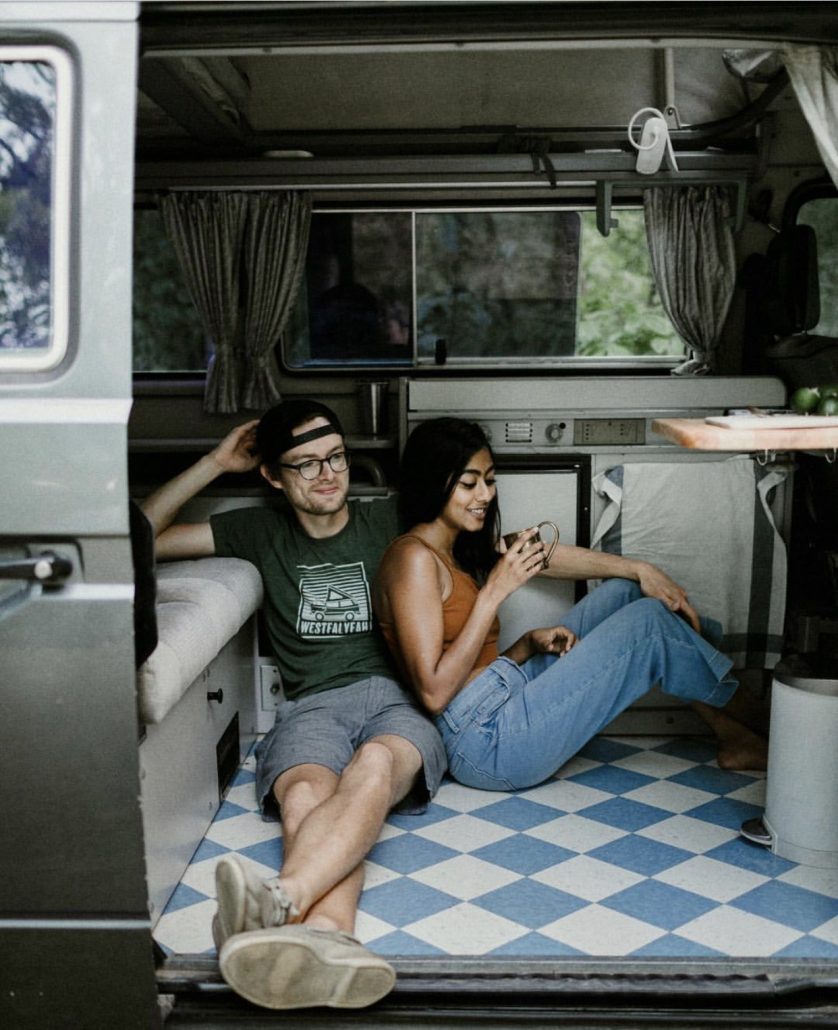 For the fortieth installment in our ongoing interview series here at Dirt Orcas we are super excited to share the adventures of Peter and Shruthi. You may know them as @holidayatsee.

I first discovered Peter and Shruthi’s travels through Instagram. Their @holidayatsee gallery is a terrific slice of the #vanlife zeitgeist. I highly recommend giving them a follow in digital mode and following their travels in real life.

You can also check out their fantastic personal blog, http://www.holidayatsee.com/ or give them a life to follow along on Facebook if you prefer.

Peter and Shruthi have the Instagram #vanlife game down. They craft excellent pictures of candid moments which draw the viewer in and make them long for the #vanlife experience themselves. However you notice something else in their photos, love. You can’t fake this one. There is real love in in these photos. We could all use a little more of that in our lives.

@holidayatsee is a great reminder that the world is as we are.

Please check the interview below. 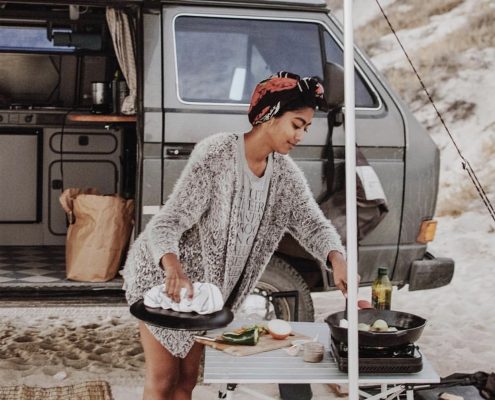 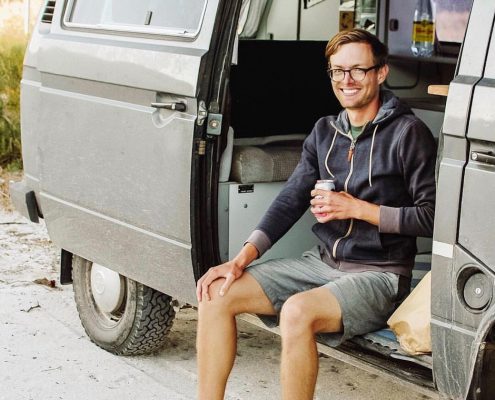 Our place of work is wherever we have WIFI or Hotspot connectivity.  I guess we’d be called ‘digital nomads.’

Tell me about your van. What do you call it?

Our van is a 1987 Volkswagen Westfalia Vanagon GL ironically named ‘The Blitzkrieg’ since it is neither fast nor fierce as its namesake suggests. We also call it ‘The Blitz’ for short or, if we’re feeling particularly soulless that day, “The Van”.

After months of searching, Peter bought it on eBay (sight unseen) from a seller in Nebraska. It was delivered via truck a few weeks later to Mississippi and made its maiden voyage in June 2006. Peter’s first car became his daily driver and they have been inseparable ever since.

When Peter bought the van, he wasn’t looking for an adventure or ‘van life’ vehicle. He bought it because he became enamored with it and had always loved the ‘cool’ factor of VW vans as a kid. At the time it was also somewhat practical because it made it easier to drive up to Chicago and visit Shruthi. One of the other serious contenders in his search was the exact opposite of Vanagon: a 1965 Mini Cooper, which he almost bought. Unfortunately (or fortunately) it wasn’t very practical, and I’m sure living out of one of those would be a little….cramped? Apart from that, he considered a Honda Element for a period of time but ultimately chose the Vanagon because he thought it was badass.

Man, we could make this a really long list. Before we left on our travels, we did a lot of regular maintenance and upgrades, including a Vanistan 2.2 Liter Waterboxer Engine, rebuilt transmission, roof rack, awning, etc.. Since then, we’ve also put in a torque biasing differential, lift springs, Fox shocks, bigger tires, solar panels, and GoWesty Bumpers with the swing-away tire carrier. Most of our upgrades have been off-road related and not too much has been modified on the interior of the van.

What is your favorite part about living/working out of your van?

Our favorite part about living/working in the van is flexibility to work whenever and wherever we want while seeing lots of new places. We especially love flexibility to be able to go off-grid for a few days because we can set our own hours. Time to explore without being tied to a desk is ideal. It’s really refreshing to be somewhere new all the time.

It’s not always the most comfortable place to work. Our van doesn’t have air conditioning so if we’re somewhere hot, it can get pretty miserable. Sometimes it can be very hard to concentrate on getting work done if we’re working from somewhere especially beautiful. For example, when we worked from the Yosemite Valley, it was very difficult to stay focused on work and not be dreaming about hiking Half Dome all day. If we don’t tie ourselves down for a few days consistently, it’s hard to get quality work done because we don’t have as much time to deep-dive into what we’re working on. 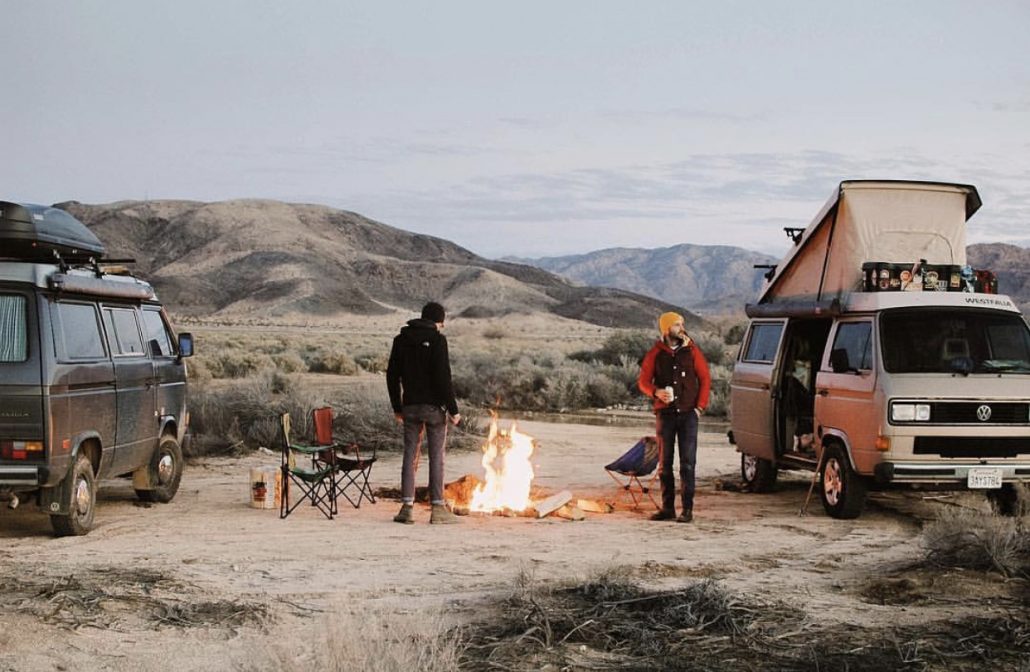 How many miles have you put on your van?

The Baja Peninsula blew our minds. That’s where it was really amazing to have our van and be able to drive up to completely abandoned beaches to camp for as long as liked! We also love taking it on 4×4 trails (it’s a 2WD) and then getting shocked looks from Jeep owners as we roll past.

Fortunately, no. The Eastern Sierras and various parts of the California coast were some of our other favorite places. I think the expanse of the west in general was really appealing to us. The beauty and vastness of Montana, Wyoming, and Utah had us awestruck and wanting to go back for more. There are so many places we didn’t get to go and are looking forward to exploring in the future.

The Loneliest Highway aka Highway 50 in Nevada. Despite the beauty of drives like Highway 1 in California, the Sea to Sky Highway in BC, and others like it, we didn’t know what to expect from Highway 50 but it ended up surpassing our expectations. It was gorgeous desert spotted with mountain passes, petroglyphs, and hot springs. This is the kind of road you’d want to take a Ferrari on to let loose, but we were in a Vanagon so we kept it around 60, instead of 160. 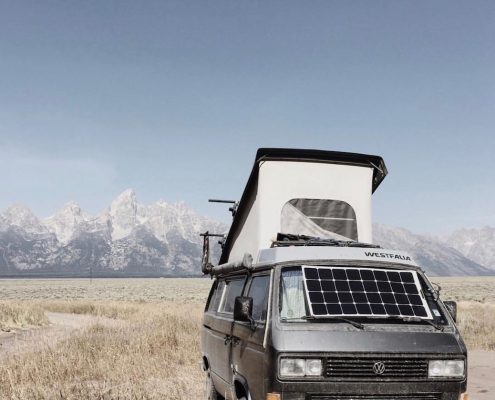 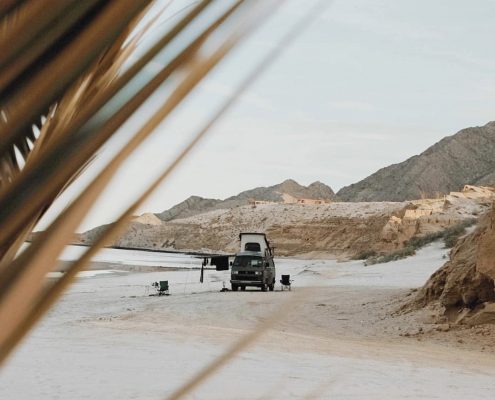 Don’t overthink things but don’t “underthink” them either. If you overthink it, you’ll talk yourself out of doing it, but if you “underthink” it, you may end up on the side of the road with no money in three months. Quitting your job or taking it on the road sounds glamorous but there’s careful planning that’s involved if you want this lifestyle to be sustainable.

I don’t know if we consider ourselves one of those people who lives their life that way, to be frank. It’s easy to say a phrase like that when you’re on the move but even we get restless at times and forget that.

I don’t know if there was a point where we recognized that and, honestly, a lot of the times we really are just trying to get to a destination and find ourselves passing things by (both on the road and in life in general). Some people take that saying a little more seriously and just don’t have a destination. For us the journey and the destination are equally important. You need to know where you’re going, but be able to enjoy all the things in between. 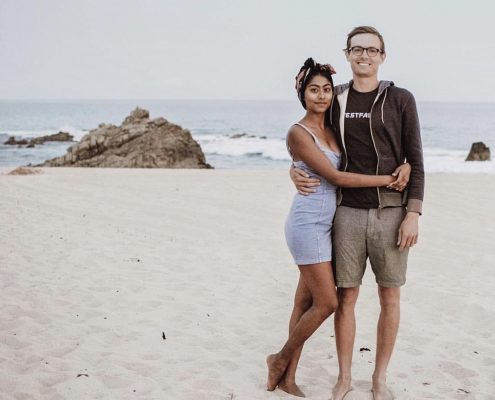 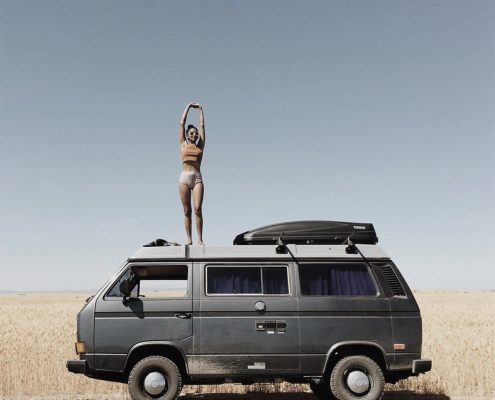 Peter – Sharing is caring. When you’re one of five kids, you learn to share.

Shruthi – The Golden Rule. My parents taught me a lot about respect.

Making this lifestyle happen for us was intentional and something we planned for financially. However, a leap of faith is also required. After having worked a steady job where you’re comfortable and have a house and a mortgage to pay, it’s not an easy decision to just drop it all and hit the road. So really, it was a special combination of planning, things just happening, and taking the plunge.

Where do you want to go next? (geographically and career wise)

Geographically, South America. Career wise, no clue, but we can’t wait to find out! 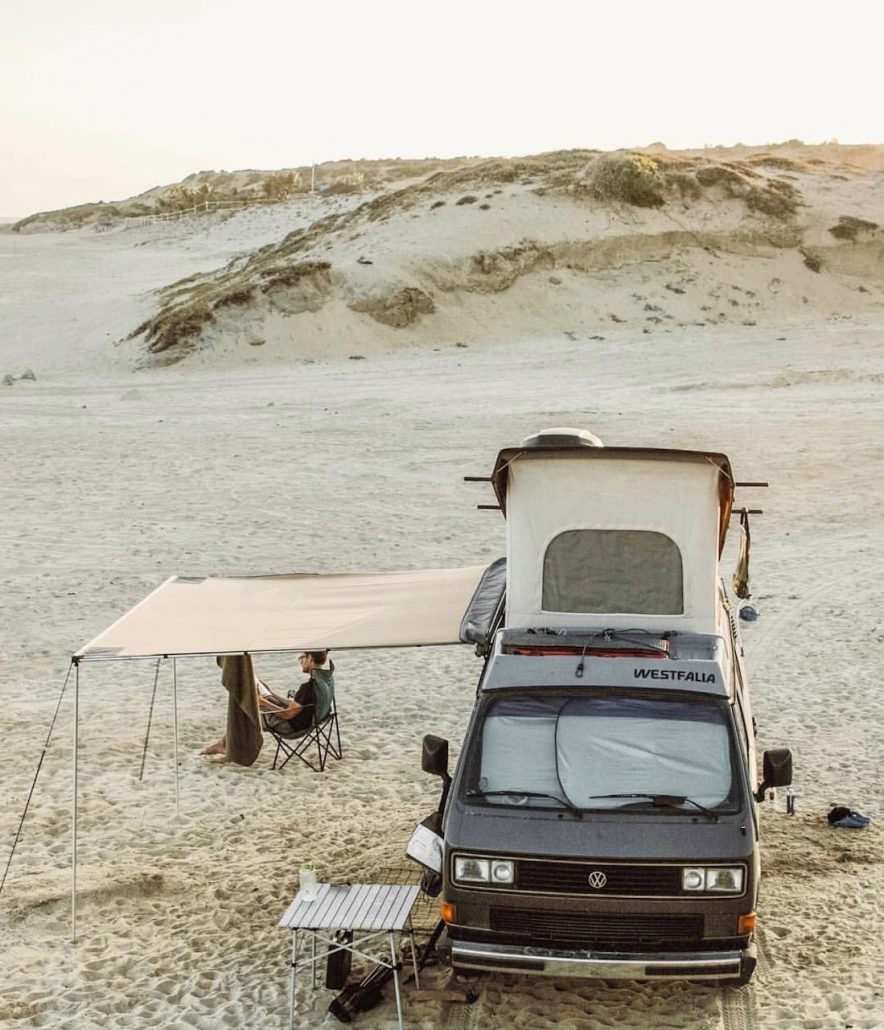 WEDNESDAY WANDERLUST: GHOSTS OF THE ARCTIC
Scroll to top