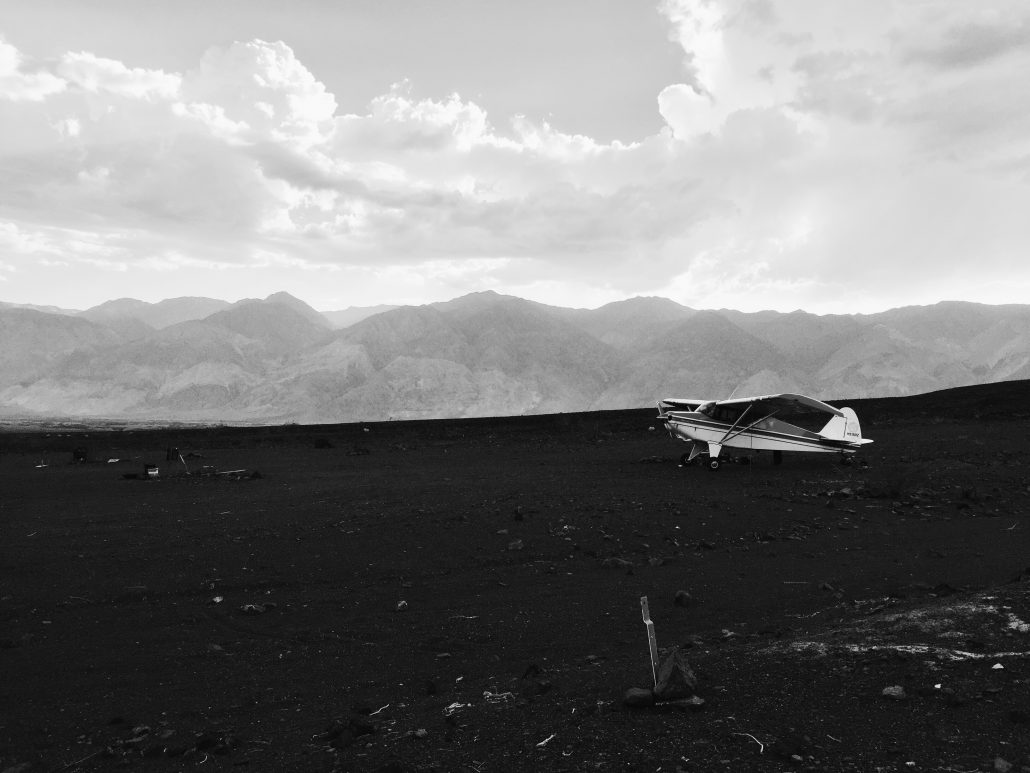 For the forty fifth installment in our ongoing interview series here at Dirt Orcas, we are very pleased to speak with Katerina Barilov. You may know her as @overlandwings.

While we have traditionally focused our interviews on people travelling the world by motorcycle and SUV, we are going in a delightful new direction for this interview. Kat is taking overlanding to the sky. Her beautiful Instagram account, @overlandwings, is a great display of her areal exploits designed to increase her ability to get away and engulf herself in remote locations. Deepening her connection to nature is the priority.

The description of her account reads “Explorers, gypsies, wanderers of the wild west. Showing the world how aviation can connect us with our land. Pics and experiences all our own” and I highly recommend giving her a follow.

Katerina is a great reminder that any vehicle that takes you to the places you want to go is the perfect overland vehicle for you. The one she flies juts happens to be particularly great. A plan built up like an SUV!

Check out our interview below! 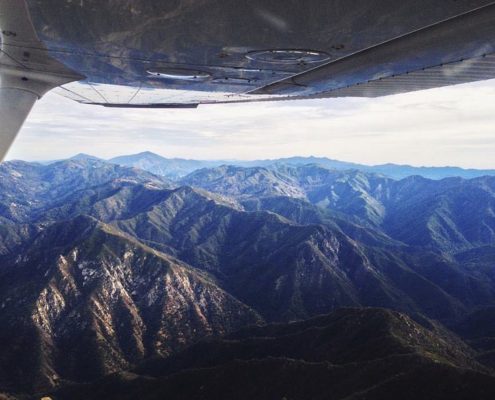 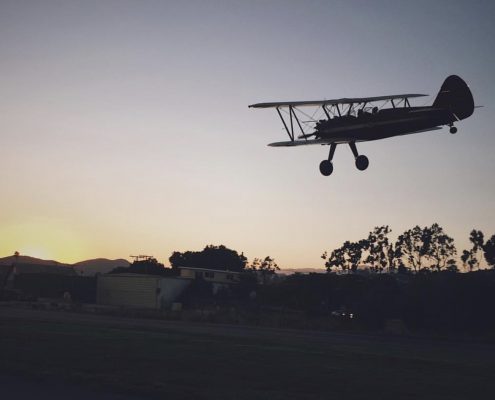 I work out of a hangar at an airport called Santa Paula just north of LA. I run a business where I act as an advisor to founders who are starting companies in aviation. Santa Paula is a community of pilots who are fanatics about specialized and antique aircraft and in the evenings I sit outside my window and watch my friends take off and land and drink wine.

My primary vehicle is a 1964 Piper Colt airplane with the registration 5150Z. I call her Bluebird.

I’m basically a frustrated AWD enthusiast that hates the long drives between beautiful places, so I wanted to buy a 4WD Toyota truck equivalent of an airplane. Something that can haul a lot of camping gear, get into epic places, have the capability to land “off road,” and didn’t require a ton of maintenance. So I started looking;

First things first, if you want to go all the places a proper truck can go in an airplane, you’re going to need clearance like a proper truck – which means you will need an airplane with a “Tailwheel” configuration – meaning one of those old-school looking ones that let the prop hang up high above the ground and put the tail low. You’ll also need a lot of horsepower and a light frame so that you can go into the mountains and climb out of tight places with high terrain. You’ll also need one that has parts that are readily available. I’m also a “normal” person without an inheritance, a lot of student debt, and a middle class paying job, which meant my budget was similar to that of a truck.

A professional bush pilot up in Alaska recommended I check out the Piper Pacer airplanes, as they can do all that and go for around $30-40k all in. I spent about two years doing research and looking out for an airplane to come on the market that had all the right mods and specs. One day, almost dejected, I was checking the forums when I found one for sale – a supped up, beautifully restored and exceptionally light 2 seat Piper Pacer (called a Colt when it’s a 2-seater version) that can haul 600 pounds and then some. I pulled the trigger and never looked back.

I don’t know why more people don’t appreciate these airplanes – to me, they’re the best kept secret in adventure travel.

It’s already heavily upgraded with specific mods that I was looking for, so I replaced a few items when I first got it to improve performance and fixed stuff that needed fixing, but nothing to write home about. There’s a lot that I want to do (maybe when I win the lottery). 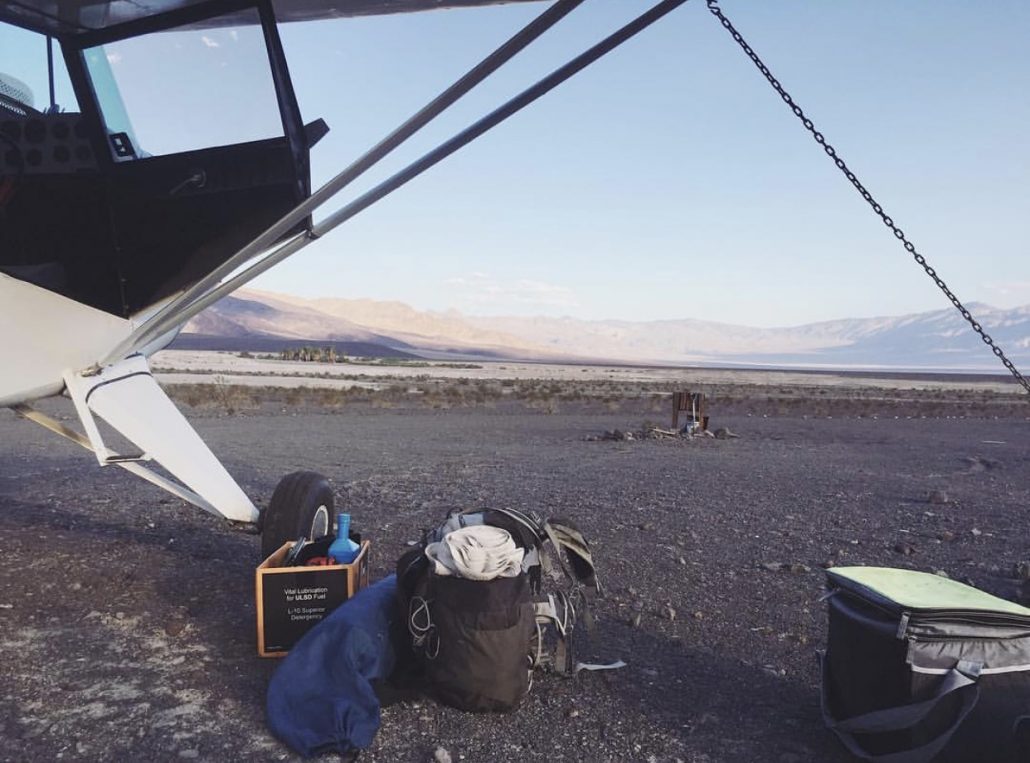 I was going to say that I don’t really do either, but I guess I kind of do both – I use it as my primary source of travel for work and for life. My favorite part about it is the freedom – the sky in America is open to the public, available for anyone to use! It’s an incredible discovery once you actually experience it. That said, I physically “live” and work out of my hangar.

Not getting to do it even more – I travel airlines a lot for work, often times across country, and I don’t get to be with my airplane 24/7. I would love to if I could.

How many hours have you put on your vehicle?

Probably about 70 hours of flight time since I got it 5 months ago. At least… I’m not sure, I haven’t updated my log book in a little while.

The Chicken Strip in Saline Valley in Death Valley National Park. It’s a very challenging backcountry dirt strip at an oasis in the middle of the desert that takes 10 hours to drive to from the nearest town. A year ago, my friend and Overland Wings co-founder Chris took a Piper Cub into the strip as part of a grand adventure to Idaho’s backcountry. We were caught in a freak storm that tore the airplane out of its tie-downs and destroyed it. It was a pristine, showroom Piper Cub that was very unique, so the experience was very heartbreaking. We were stuck in the desert for 6 days. We just came back almost exactly a year later in the Colt and landed in the same spot, hung out at the oasis and watched the solar eclipse – feels good to conquer that tragedy.

Negative. There is a pretty special spot in Winslow, Arizona of all places – you wouldn’t ever expect it but there’s a beautiful hotel that sits on the railroad tracks. It’s a gallery of Native American art from the reservations surrounding the hotel and it’s a very unique, beautiful resort. I’d never be able to drive there but by airplane it’s less than a half day’s journey. Also, Sedona, Arizona is a pretty special place that Bluebird has been – the airport is on a mesa so it feels like you’re landing on an aircraft carrier, or taking off from a cliff.  Chris and I ferried this airplane from Alma, Nebraska all the way to California, so we stopped at many incredible spots on the way.

We’re still exploring too – there’s so many!  That’s how we came up with the idea of Overland Wings in the first place – there are so many amazing adventures to be had and the mission of Overland Wings is to tell people about how to get out there and get them. Flying isn’t as unattainable as people think. 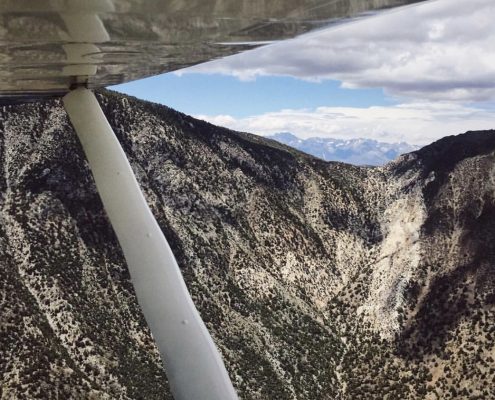 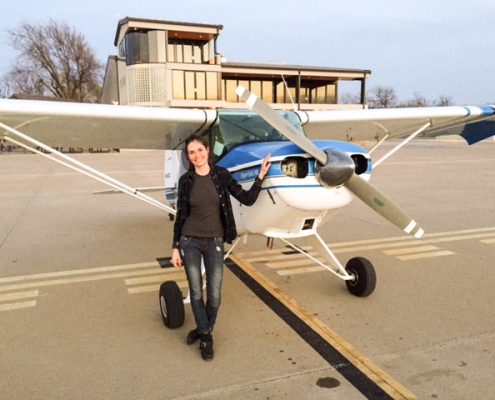 A trip from California through New Mexico, into Colorado’s most beautiful mountain airports, up into Wyoming, and back through Utah. In Utah, my friend and I flew the ridges of the Colorado River canyon in formation – it was the most exhilarating and beautiful experience of my life. On the way back, we landed in Las Vegas and had a 737 wait for us to take off J. I think I spent less than $1000 on that whole experience.

Custom-made. Everything I do and own is pretty much highly modified to access incredible experiences.

Always factor in more slack into the program than you think you will need. Things will always go wrong in the beginning and everything will be more difficult than you expect until you get your setup dialed. 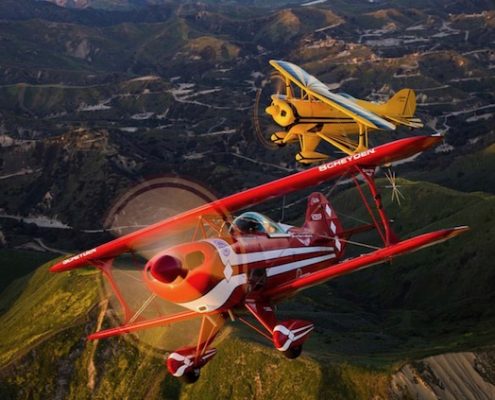 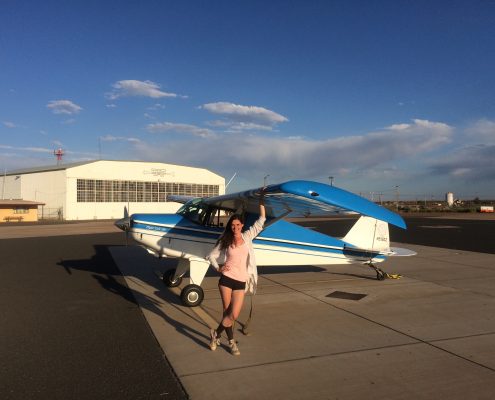 I was working in New York City as an investment banker at a top-tier investment bank, in a top-tier group. It was a job that many of my peers and former classmates would have killed for, but I wasn’t happy. I realized a conventional life just wasn’t for me. Life is short. You have to live it.

You have found a strong place in the community of travelers. What values do you think your home or family instilled in you, that you take on your trips?

Exploration. I always want to go further, check out the other camp spot down the road, wake up early to see more, push it to fit in more miles and more ground. I can also be pretty organized and focused when I need to. All these make being a pilot that much easier.

I admire your outside the box approach to adventure travel. Do you see yourself as someone who took a leap of faith to live in an unconventional way or do you think it kind of just happened?

It was both – I took a leap of faith because what I was doing wasn’t working out, so I guess the leap of faith “kind of just happened” – that said, I never regretted it even for a second. In fact, I spend more time trying to figure out how I can do this more and turning down opportunities that require me to compromise.

I want to continue to help the everyday people learn more about flying. I think there’s a misconception that flying is a luxury, only to be enjoyed by a small group of people with large disposable incomes. Anyone can and should be a pilot. We’re a nation that encourages exploration and allows for the independence and freedom of being one and yet young people are becoming less involved in aviation; pilots are scarcer and more and more airports are closing down.

I want to make aviation a welcoming and accessible space for newcomers. There are scholarships, flight schools, and airplanes that are affordable and accessible to anyone.  I hope that Overland Wings can spread the knowledge of those opportunities and share the gift of flight. 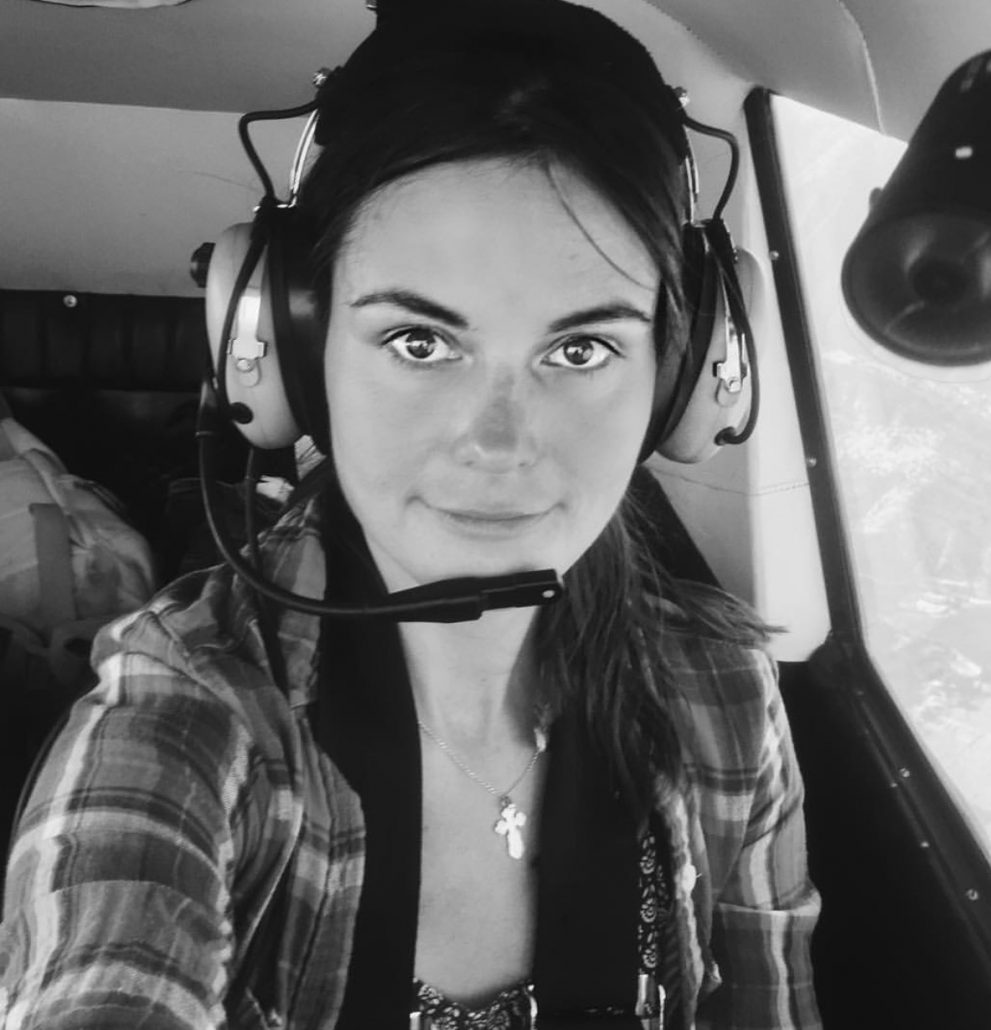