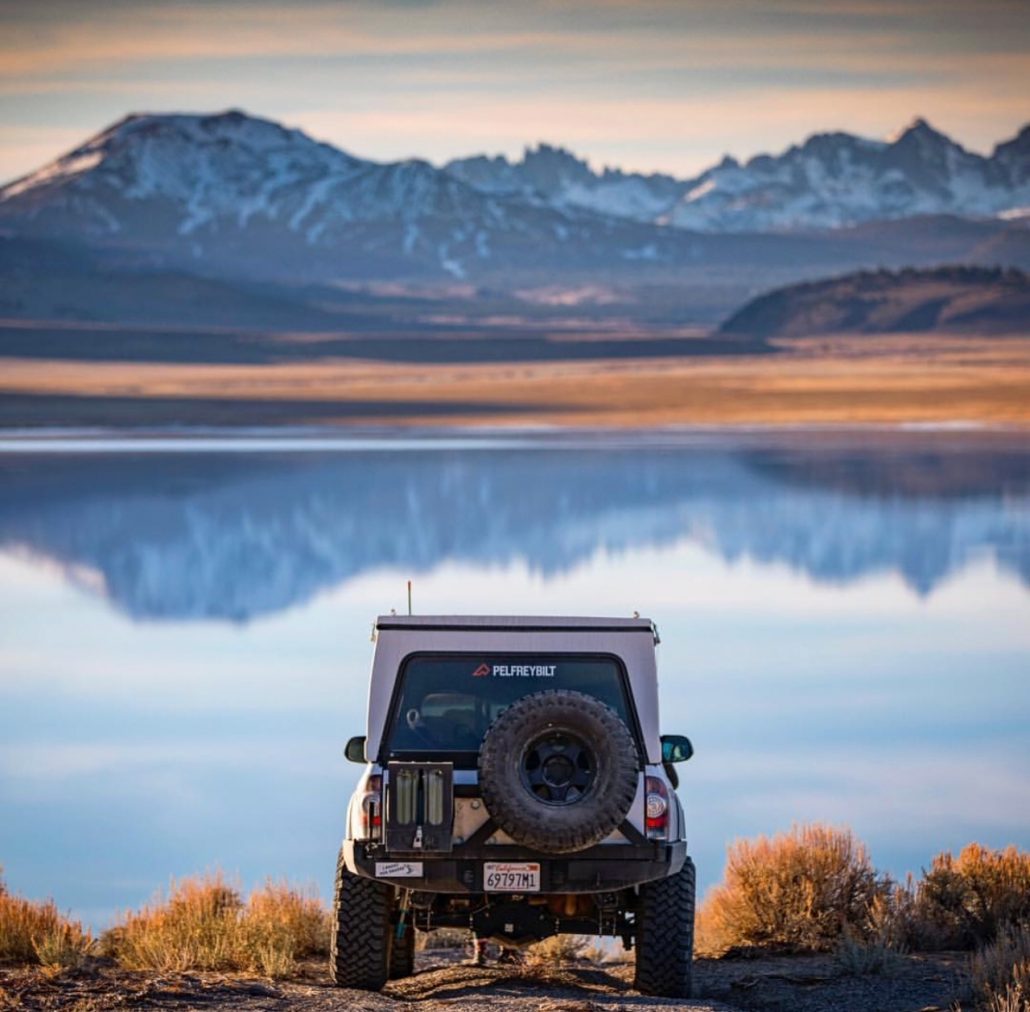 For the seventy sixth installment in our ongoing interview series here at Dirt Orca’s, we are very pleased to share this interview with Jim Bob Barnett. You may know him from his fantastic Toyota Tacoma Camper builds or simply as @_jim_bob.

I am stoked to publish this interview. We have never meet in person, but I share a love of Toyota trucks, handling wild reptiles, the outdoors, and camping with Jim Bob that puts us both in a slim section on a Venn diagram.

You’ll see all of this and more is in his fantastic Instagram account @_jim_bob. I highly recommend giving him a follow and checking out his feed.

He also keeps a very tidy website appropriately titled www.jimbobbarnett.com where you can keep up with his professional photography work and trip reports.

Overall, I think you’ll find our interview with him fantastic. Jim Bob is a down to earth guy who shares many of the peripheral passions associated with the overlanding community.

Check out the interview with Jim Bob and some of his excellent photography below. 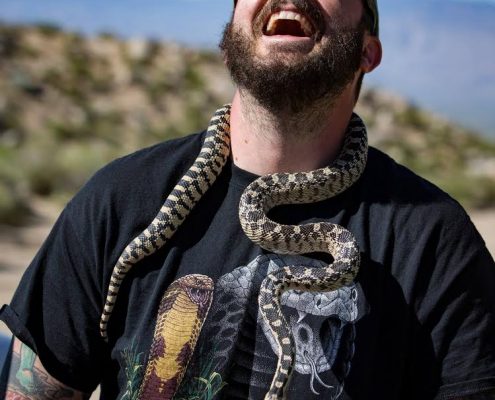 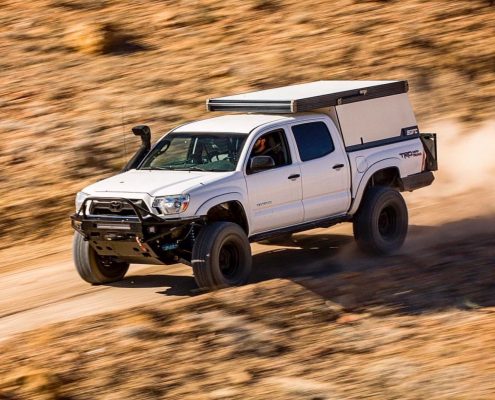 I work for an ERP software company as their media producer so I handle all the video and photography for the company. I’ve been here about 13 years now and most of my job consists of traveling to customer sites filming what we call “customer showcase videos” which are basically videos of them talking about their business and how our software helps that business. We spend a day filming a few executives and then film their manufacturing plants which could be anything from Manuka Honey down in New Zealand to headlight adjusters in France so it’s an interesting job and feel lucky to be able to live where I want to live doing what I love to do.

It was originally a 2014 Toyota Tacoma Offroad and it’s usually just called “The Truck” between my girlfriend and I so nothing too exciting or original haha.

So I’d previously had an ’87 Toyota 4×4 Pick-up, an ’88 Toyota Land Cruiser and more recently a Jeep XJ before picking up my Tacoma, so I knew I wanted a Toyota but wanted something older like a 2004 Tacoma. After searching around I realized that first gen Tacoma Off-Roads fetched a good deal of money and I didn’t want to spend +15k on truck with 150k miles. So I started looking at second gens and found out a brand new one was like $4,000 more than a used one so that’s what I went with.

Ha where do I even start? So I’ve been through numerous different suspension and camper/sleeping platforms but where the truck has ended up as of today is (and keep in mind this is just the big ticket items not counting any other modifications to fit or make something work): Go Fast Camper (first one out), Total Chaos +2 Race Long Travel, 2.5 King Coilovers with Compression Adjusters in the front, 12″ 2.5 King Shocks with Internal Bypasses/Adjusters, Alcan spring pack, BAMF Shock relocation to fit the 12″ Kings, BAMF Spring Hangers/Shackles in the rear, Wheelers Superbumps, Falken 35″ Wildpeak MT’s, Pelfreybilt Hybrid Bumper, Warn M8000S winch, Cali-raised LED lightbar and fog lights, Dual batteries, ARB Twin compressor, On Board Water, BAMF sliders, BAMF trilogy 1/4″ steel skids, BAMF rear diff skid, Pelfreybilt high clearance rear bumper with swingout/fold down table/jerry can holder, SCS F5 Wheels in 16×8 – matte black, ARB Safari Snorkel II, Whytner 45qt Fridge hard mounted behind the driver’s seat, the list could go on and on but those are the bigger ticket items. 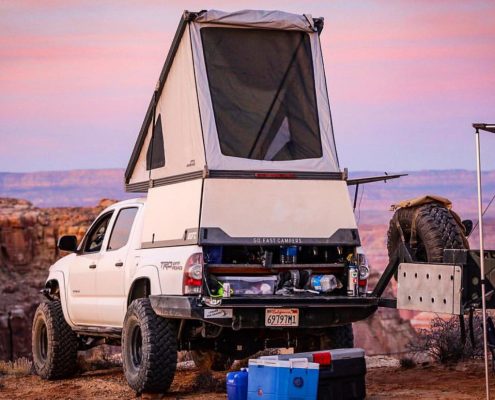 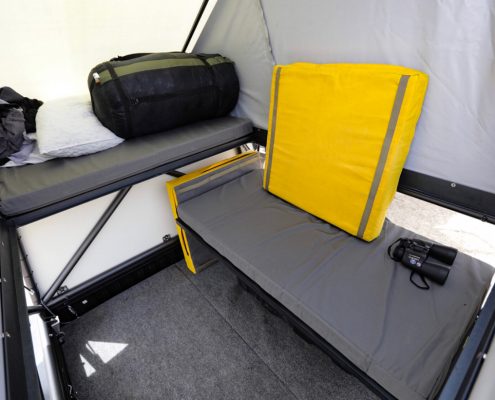 I don’t live out of my vehicle but I’m in it more than most and I feel like I like what so many others like and that’s the freedom to go and do as I please, I’ve built my truck to go anywhere and to get us there safely and reliably. I love the feeling that I can just easily go out and get way back somewhere that I’m not gonna be bothered by other people and can just enjoy nature and the wildlife that inhabits it.

I’d have to say the long hauls are rough on my back and hamstrings, that can be uncomfortable after a while but at least I can get out and stretch or take a break unlike an airplane which I spend way too much time in for work.

Oh man this is a tough one! I’d probably have to say Utah though because I seem to always find myself there, I love how expansive it is and how varying the terrain can be so definitely Utah.

Never, I’ve been to some really incredible places in Colorado that almost rival Utah. 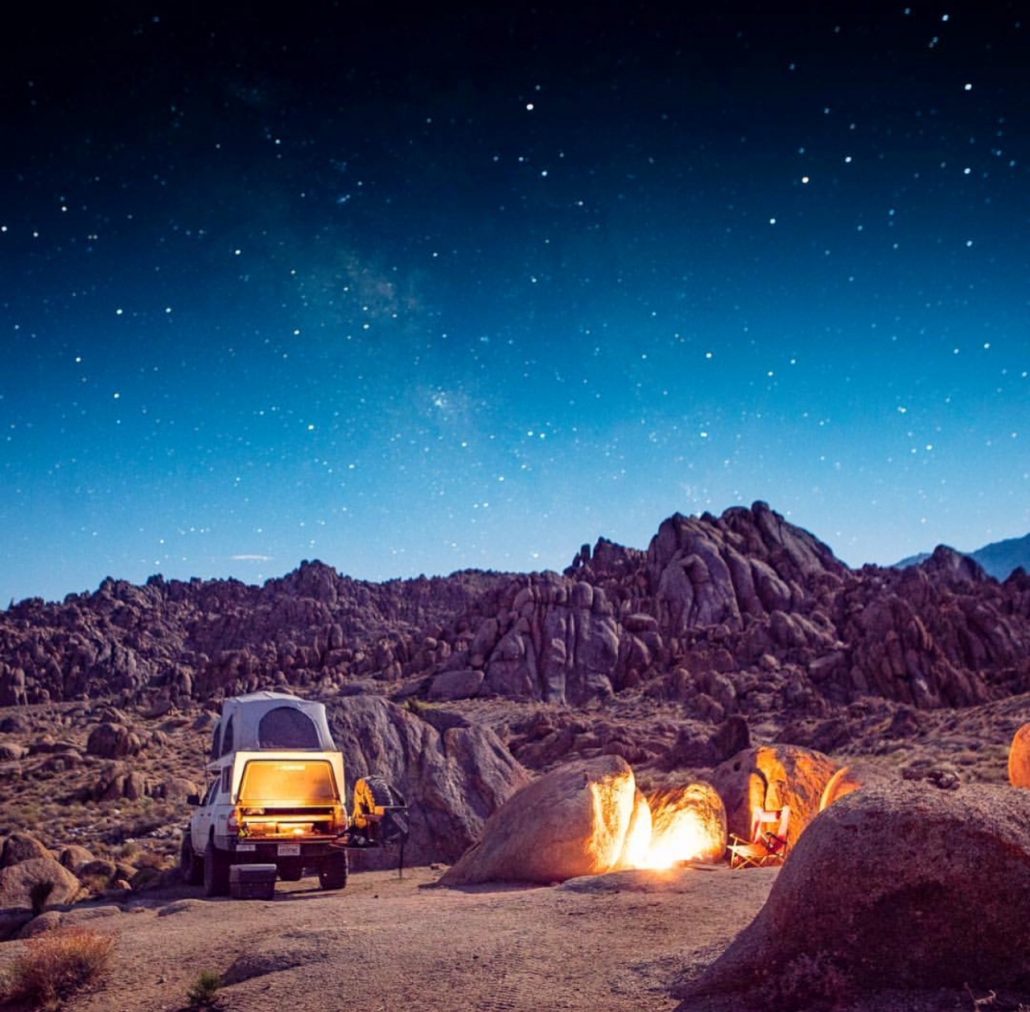 One trail I did back behind Vail basically went up a creek that was flowing a good bit for a few miles that was incredible but one of my favorite trails is Lockhart Basin in the Moab area.

To try it out first, go buy a cheap tent and some gear to get you started and just start going as often as you can or as much as you feel like and see if it fits your lifestyle. A lot of people see photos on instagram and have this feeling that they want to do that full time when in actuality it’s not as glamorous as it may seem all the time. No one posts photos of the swarms of mosquitos that send you retreating to your tent, the flat tires, broken parts or any of the other numerous inconveniences that come with vehicle based travel.

It takes a special kind of person to recognize that the journey, not the destination, is the point of life. Travelers know this. Was there a point in your life where you became conscious that you were those people?

Very early on, I’ve traveled a lot in my life and quickly realized that sometimes you just have more fun getting to the place you want to go then actually being there. I think all too often people again see photos on social media and think wow that’s incredible but they don’t realize they took the perfect photo where you can’t see the hundreds of other people there, the tour buses, the trash, etc that may be at that spot you thought was a pristine lake or whatever. 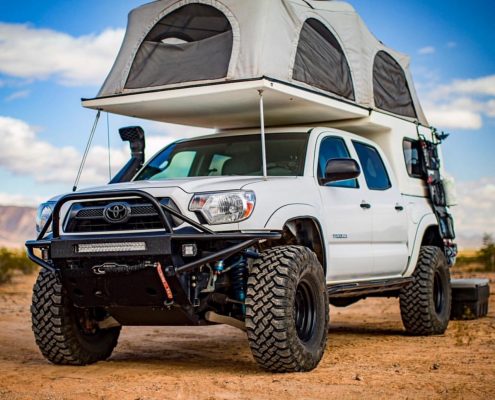 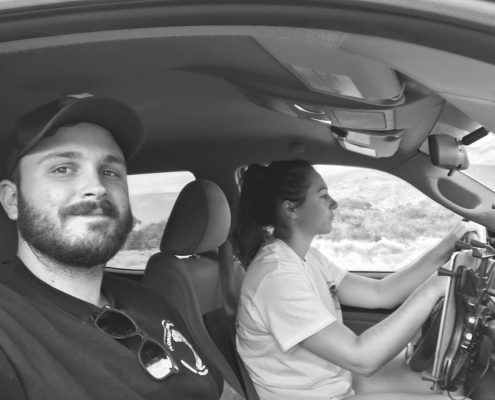 I think respect and appreciation for things has to be it, I’m a firm believer in leaving a place better than you found it and that includes respecting the wildlife in the area and the area itself. I think it’s hugely important to respect the place by NOT sharing the location or geotagging it, there are more people on this planet than ever and more people who want to be into outdoor culture so I think it’s important to appreciate what we have while we have it and then also to respect it. This is something not all people in the community understand and think it’s cool to geotag that awesome hot spring so people know they know where it is or to get more engagement and it’s really sad.

Again I don’t live full time out of my truck but I use all my PTO and then some to do what I love and that’s to explore and see new things so yea I’d say I’ve taken a leap of faith in some senses because I’ve passed up a lot of opportunities to do other things and this is always how I chose to spend my time.

I’ve been almost everywhere between work and my own personal travel but one area I’ve never camped or explored is the Wyoming/Montana/Idaho area and I would love to do a 2-3 week long trip just camping, fishing and off-roading so that’s my goal for the next year. 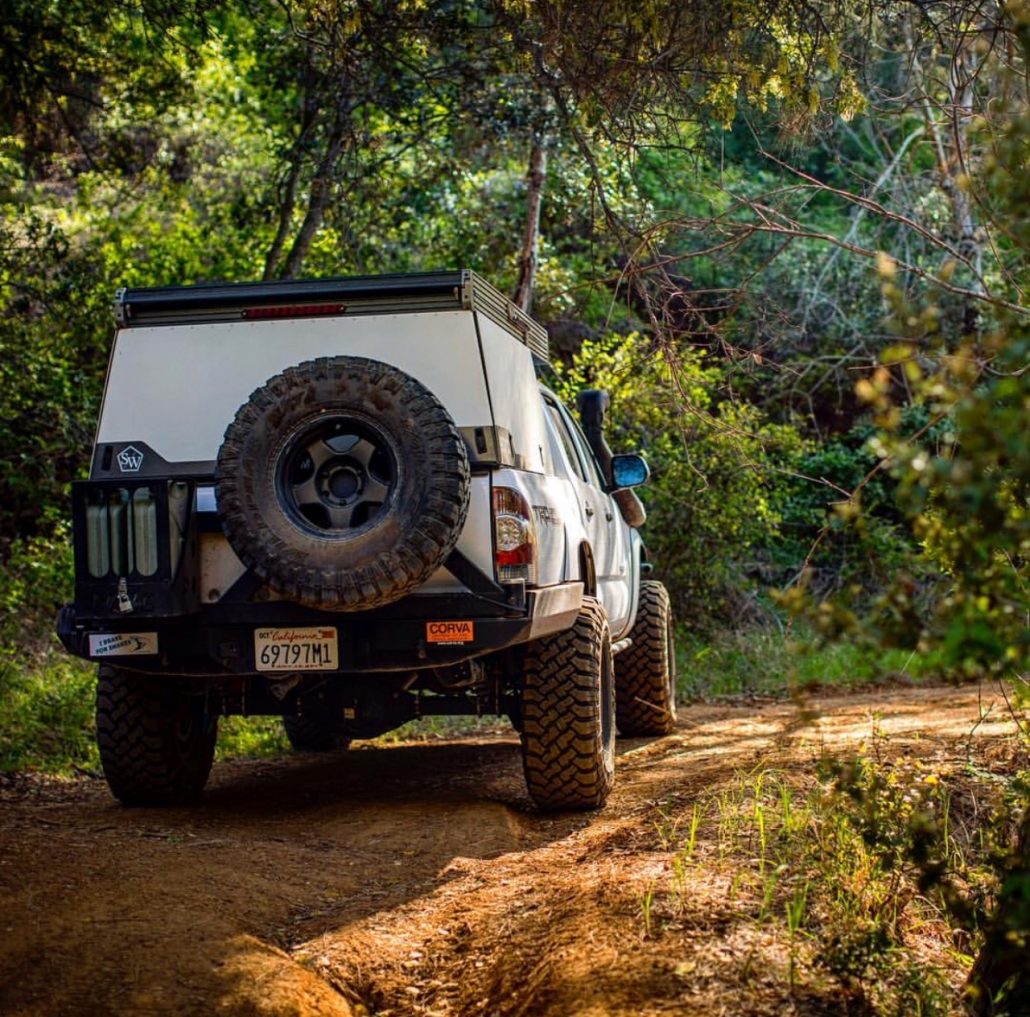 THINGS YOU SHOULD ALREADY HAVE, YOU F*CKING IDIOT
Scroll to top