Last month I was fortunate to check of a glaring omission on my National Park bucket list. I visited Yosemite National Park for the first time with a group of friends from all around the country.

We rented a cabin in West Yosemite and spent our days hiking and taking in the sights. Our nights were spent building fires and sipping adult beverages at our cabin tucked neatly among the trees. It was a perfect few days and worth the difficult travel schedule I set up to make it happen. 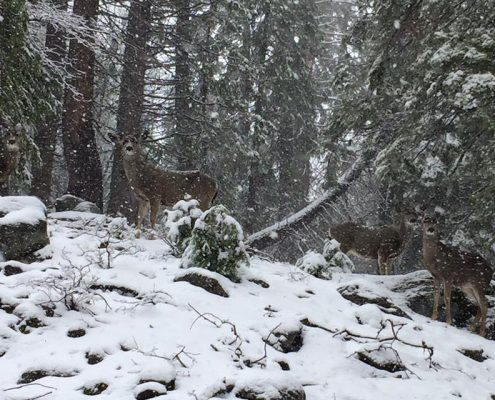 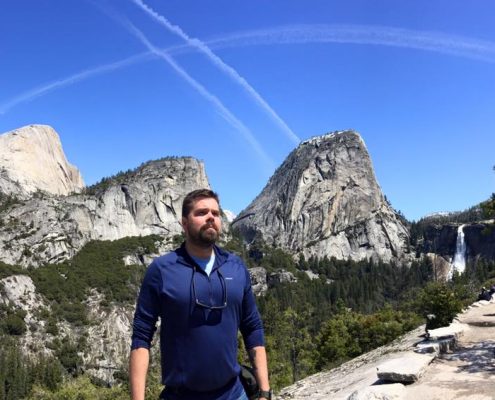 The first night we were greeted by a surprise or two. The first being that once we all arrived at our cabin, nobody had any cell service or internet capabilities. Now I was perfectly fine with this forced disconnection, but several people within our group were planning to get some work done during this little vacation. This was not listed as one of the features of our rental. I guess you can’t safely assume there will be some form of coverage everywhere in California in 2017.

The second was that Yosemite was being hit by large amounts of snowfall. Rare for this late in the season. Our cabin and its roads were no exception. We awoke to a blanket of road sludge that made everybody a little uneasy about how this trip was going to go. We used the day to grocery shop and find out where we would need to go to get cell coverage and internet access.

After the communication details were sorted out,  we planned to go for cocktails and dinner at the Majestic Dining Hall. It was the right call. Catching up with old friends in a historic building like that incubates a near overdose of charm.

I spoke with Park Rangers about what we should plan to do in the morning, being that the weather was limiting our options and it was most of our first time at the Park. We were instructed to take the John Muir Trail to Nevada Falls and then back down the Mist Trail past Vernal Falls. This turned out to be great advice.

Due to all the snowfall this meant that each and every waterfall in the park was going off in full tilt. The sun came out and we had two beautiful days ahead of us. 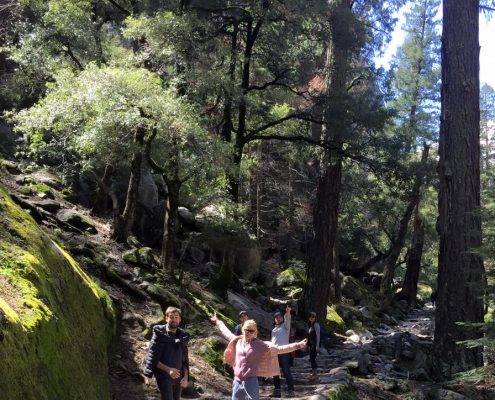 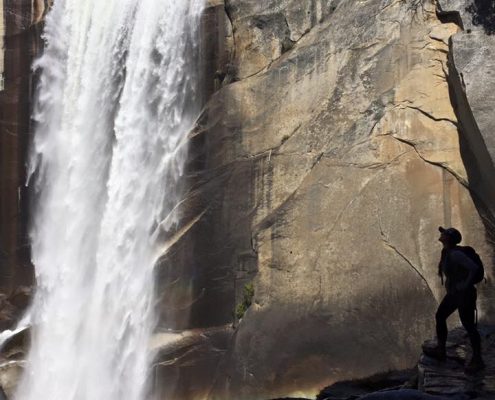 We woke early, packed up some sandwiches, and headed out on the trails. We hike much of the day and returned back to the cabin for dinner. We had a group meal and played board games into the night.

A few members of our group left early that morning. Three of us remained and did a lovely hike along the Swinging Bridges Trail. Which originates near the Wawona Campground in the SW corner of Yosemite.

A delicious soup and drinks were had that evening and we cleaned up to head home in the morning.

I had left my house at 4am on a Wednesday and was back in my bed at 2am that Sunday. A whirlwind of a trip but a beautiful time in one of the Nations undeniable treasures.

The only thing I feel like I missed was getting to hike the Mariposa Grove. It was closed to traffic and the only way in was the 15 mile round trip hike. With another day to explore it would have happened. In the future, I will return when the weather will allow human traffic up the route to Half Dome and to explore other regions of the park. 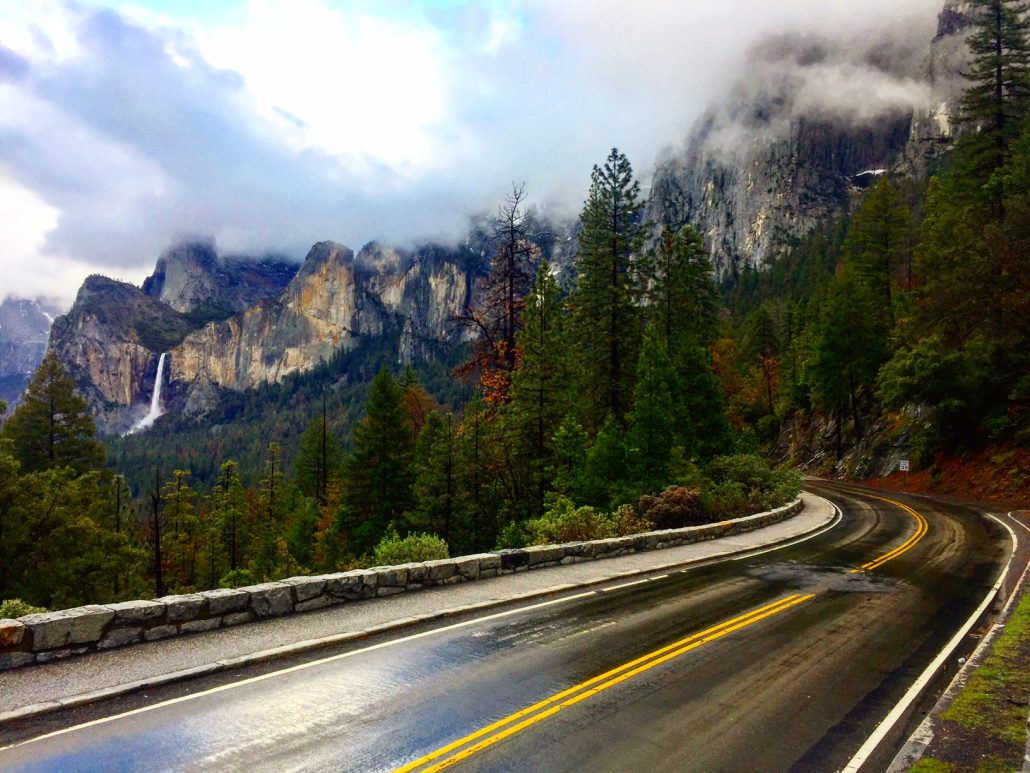