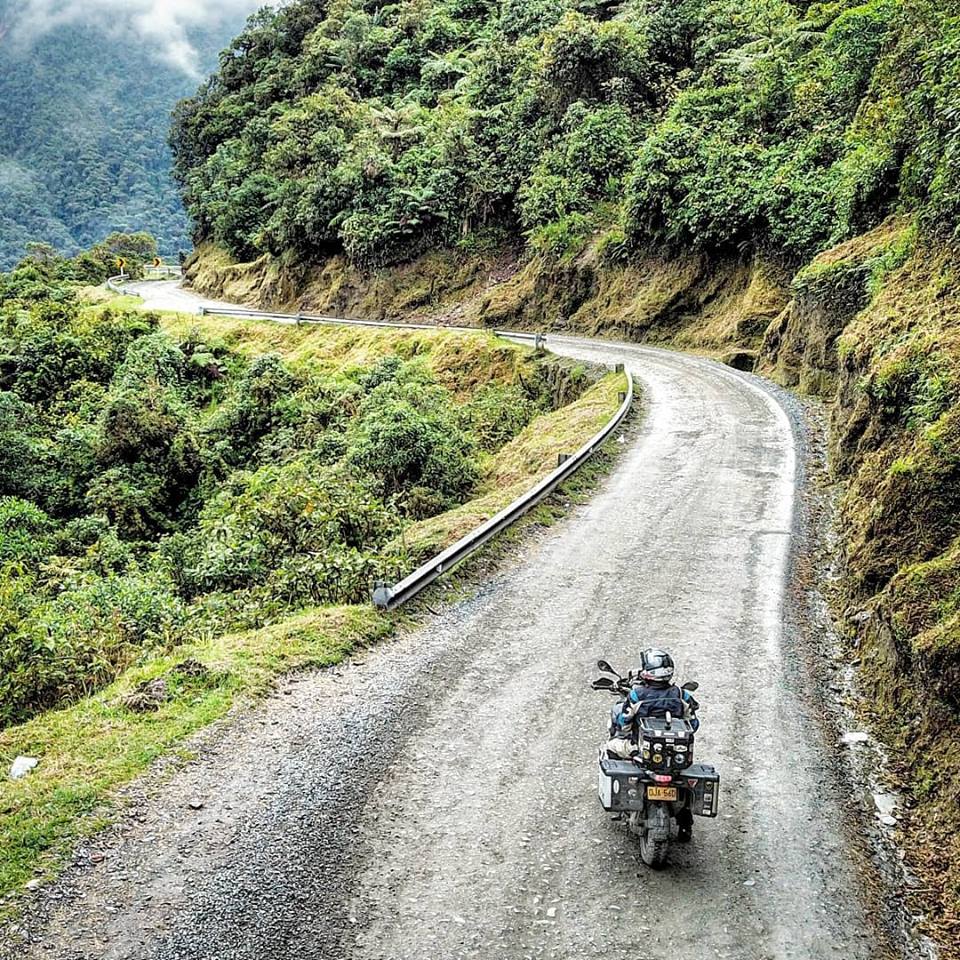 For the seventy first installment in our ongoing interview series here at Dirt Orca’s, we are very please to speak with Cesar Munoz. You may know him as @serak_m.

“Enjoy the little moments as if they were the biggest ones.” – Cesar

This tells you almost all you need to know about where Cesar is coming from. He is humble and adventurous.

I came across Cesar’s travels on Instagram last year. I love his feed. It’s simply all about riding a BMW r1200gs into remote parts of South America. It goes without saying that this is a lot of fun. He takes great environmental riding shots and is a very active rider so his content is always fresh.

You can view his Instagram gallery here and his Facebook profile here. I suggest following him on both platforms and making Cesar’s travels a part of your day.

Adventure motorcycling is vibrant and exciting. Cesar does a nice job of capturing these qualities in his photo’s. I always feel his excitement passed on to me when I see a new post from him. Even when you can’t see his face underneath his helmet, you know he has a big smile in there.

As you’ll see below, when reading the interview, this makes a lot of sense. 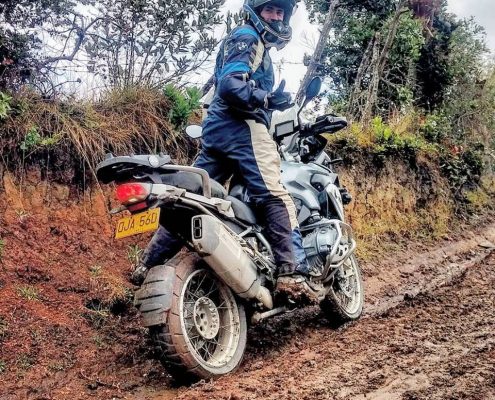 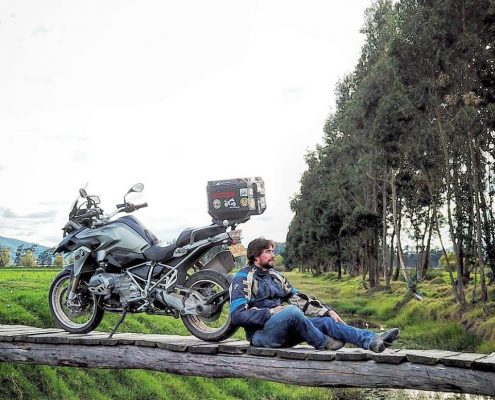 Riding on my motorcycle, all my country (Colombia) is perfect to be my place of work.

Inside me, there was a need to go to unknown places with a motorcycle that could have “everything”. That is why I got my BMW on August 2013.

I considered two models: The first one was a Triumph 1200 Explorer but was too heavy for what I needed. The second one was a Kawasaki Versys 1000 but was just for street purpose.

The trigger to buy my BMW was due to this phrase: “it is not the best of all in the world, but it has everything”.

In 2015 I changed the year but not the model. Why?, because this one brought three new things that I liked. One, the Gear Assistance Pro. Two, the keyless ignition. And three, the alarm. 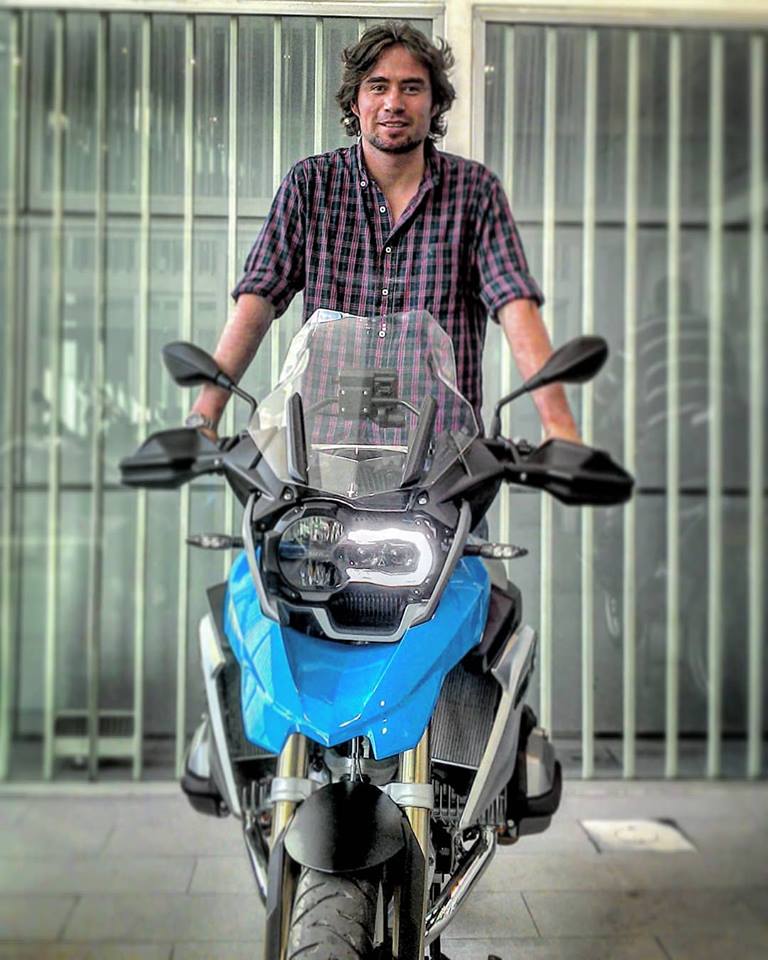 Seeing my country from different points of view. Cultural, economic, agricultural, fauna, flora, customs and our roots. But the most important thing, the feeling of freedom.

Colombia is a third world country and it makes you question many things. You feel helpless of not being able to help your countrymen in many ways.

It is difficult to talk about the best place. I think we need to talk about “the best moment” in those places. For example in the Laguna Quilotoa in Ecuador, when I got there, it was nice and had a great view. But when the sunset got into that place, that moment was amazing and unforgettable. Oranges, purples, greens, the different colors in the mountains, in the lake and in the sky. Everything was perfect on that specific moment.

There are a lot of different and best places around my country. From La Guajira, the northernmost point in South America, to Putumayo which is very south close to Ecuador. Each place has its magic. 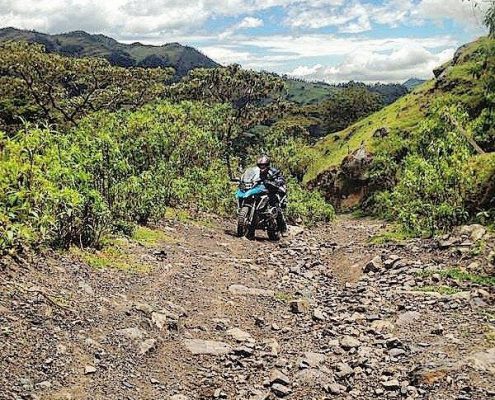 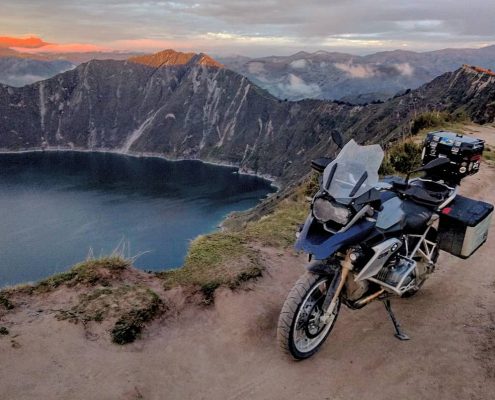 I love to ride off road. My favorite road was in La Guajira desert, surrounded by sand dunes, sea, in the middle of the desolation but with great friend united by a passion.

Enjoy the little moments as if they were the biggest ones. It does not matter what motorcycle you have. What matters is that you are passionate about what you do. Make life a ride!

I think I’ve always known. I have never minded the goals (destination), but the importance of the pad (journey) to reach them. That is why I take many pictures every time I can. However, reach the destination is priceless. 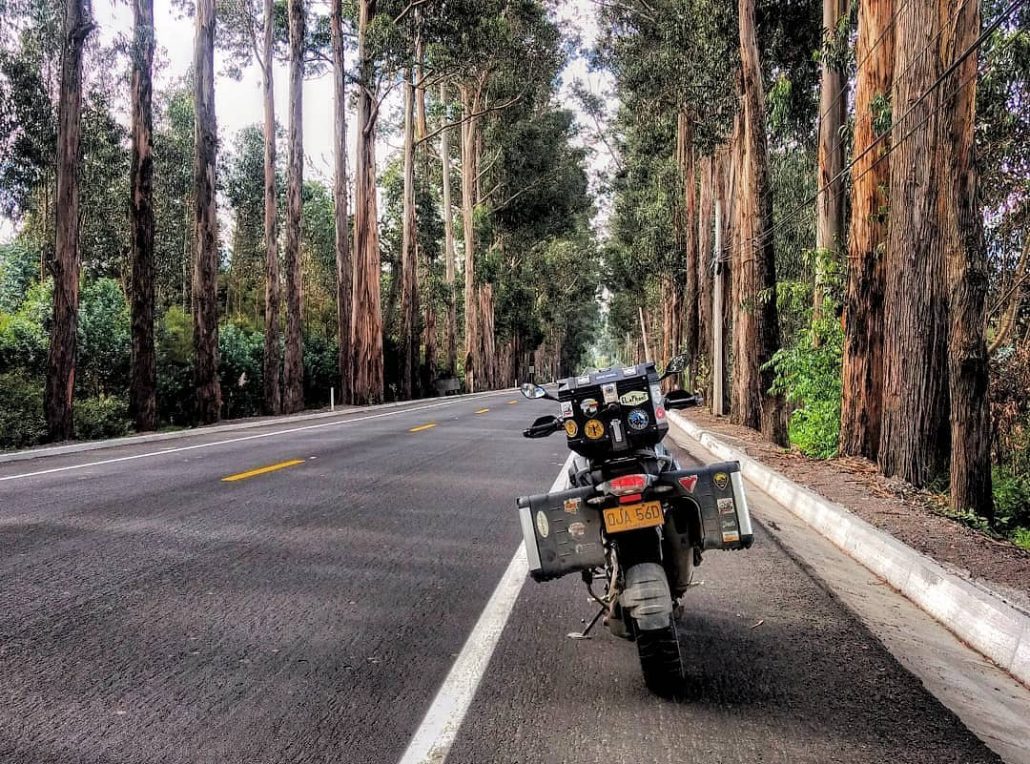 Everything starts at home. My family taught me to be respectful, to take care of the planet and to value what we have.

For me it just happened. One day you just want to solve a mobility issue and the other day you realize that you have traveled a large part of your country and finding a strong place in the community of adventure riders.

Where do you want to go next? (geographically and career wise)

I would love to go to Australia and do the BMW GS Safari Enduro. 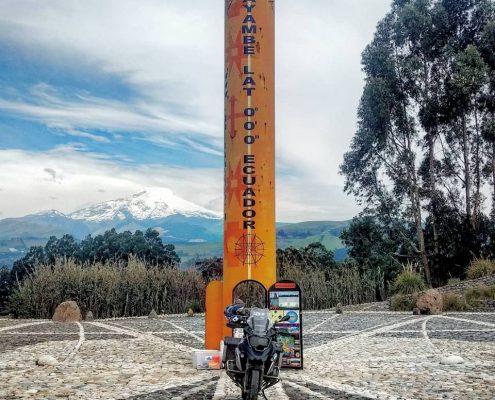 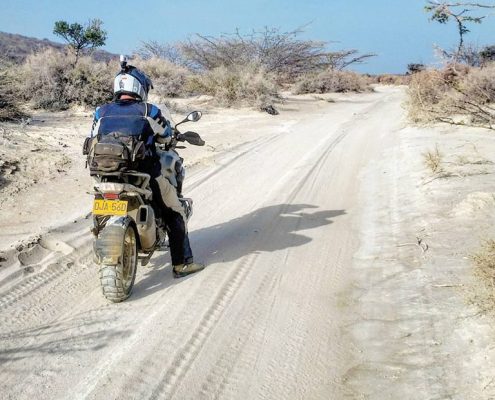