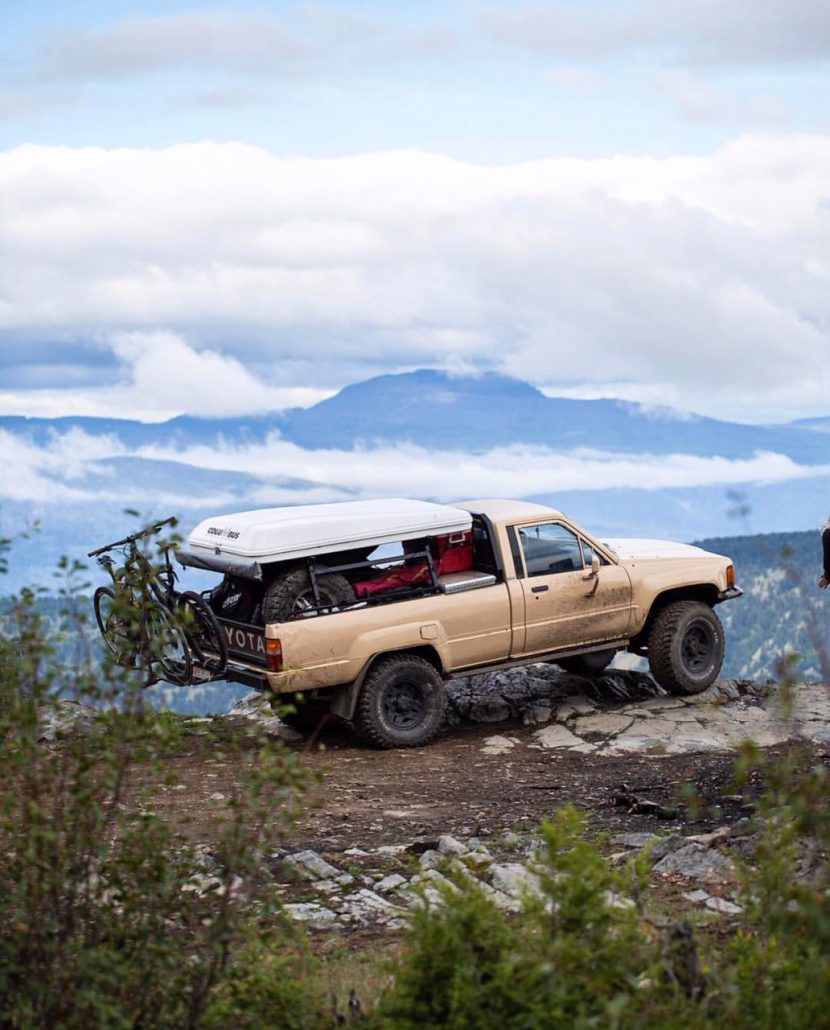 For the eighty eighth installment in our ongoing interview series here at Dirt Orca’s, we are very pleased to speak with Alex and Alison about their travels around North America in a series of adventure capable vehicles. You may know them as @roaming_northamerica.

As a cattle dog owner, I have a soft spot for overlanders with cattle dogs. I love them seeing them around the campsite or enjoying the road as the world flashes by outside the window. It just really drives it home for me to see others getting after it in a way that hits close to home.

Alex and Alison have been adhering to vehicle supported travel for a number of years. Taking a couple different vehicles with them as they get out and explore.

Check out their Instagram page here and make sure you give them a follow. They are based in Alberta, Canada so even the weekend trips are rich with scenery.

Alex also has a YouTube channel which hosts his adventure series called Seeking Wild. I think it’s a worthwhile watch. You can check out one installment below.

Their personal web page, www.ajcmedia.ca, is also a great resource and really showcases their adventures through photography, videos, and their blog. @ajcmedia also has it’s own Instagram account and YouTube channel. They both shine brightly.

I am so happy to share their story. I think they are a great reminder that many of us feel the need to explore and suppressing that need would results in a binding of the human spirit. 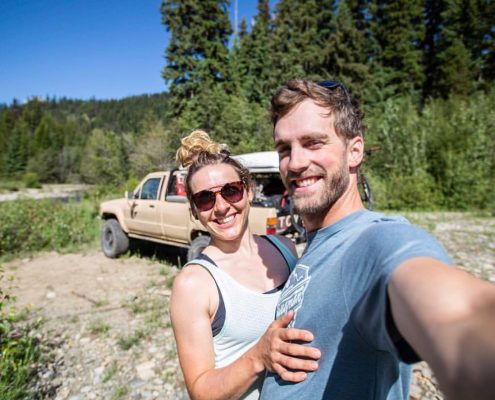 My place of work is mainly situated near the Albertan town of Vermilion.  I work as a heavy equipment operator (tractor driver/ trucker) at my father in law’s farm.  We farm about 6000 acres and produce wheat, canola, peas and bison.  My range from running the sprayer, seeder, combines and a variety of different pieces of large farm-based equipment.  Modern day farming isn’t nearly as hard as it used to be, I sit on my butt most of the day.

I currently drive a 1987 Toyota Pickup DLX (extra-long box, regular cab).  A few months ago I bought a $700 truck and found out it had a bent frame and motor mounts in addition to myriad of different electrical issues and “patch jobs.”  To fix the problem, I bought another truck.  Both trucks, when purchased, were believed to have blown motors.  Turns out the first truck had a running motor. My buddy and I swapped motor, box, fenders, seats and a bunch of other stuff to the second truck in a weekend in BC, then I turned the key, started the motor and drove 1400 kilometers back home to Alberta and proceeded to sort out all the other problems.  So, really, I drive two trucks…at the same time.  My truck’s name is Thomas.  Previous to Thomas was Norton, a 1998 Toyota Hiace, Super GL with a 2.8L, 3L diesel and 4wd.

I was actually in the process of seeking out and importing an early 1990’s Toyota Hiace from Japan when I found Thomas.  I knew that buying the van was going to require a bunch of time outfitting the interior so I decided I wanted a beater truck to rip around the farm in.  I ended up falling hard for the classic 2nd gen Toyota curves and easy-to-work factor and reliability.  I thought long and hard about what I require from a vehicle and it turns out Thomas was the better choice in the long run.  The 1980’s Toyota pickups can be found everywhere in North and South America and getting parts for them is both cheap and easy.  Seeing as I want to drive South to Patagonia one of these days I figured having a vehicle that I could easily source parts for was a better choice than having a Japanese import van that is difficult to work on and I know virtually nothing about.

Not a whole lot despite the truck looking considerably different from when I purchased it (them).  I have basically replaced the entire front end at the point, as well as a bunch of other mechanical fixes.  I wouldn’t really call any of the stuff I’ve done to the truck upgrades as I was simply replacing parts, but I did put a Trail Gear bumper up front and built sliders, rear bumper, headache rack, bed rails and tent rack for the truck, so I suppose those might be considered upgrades. 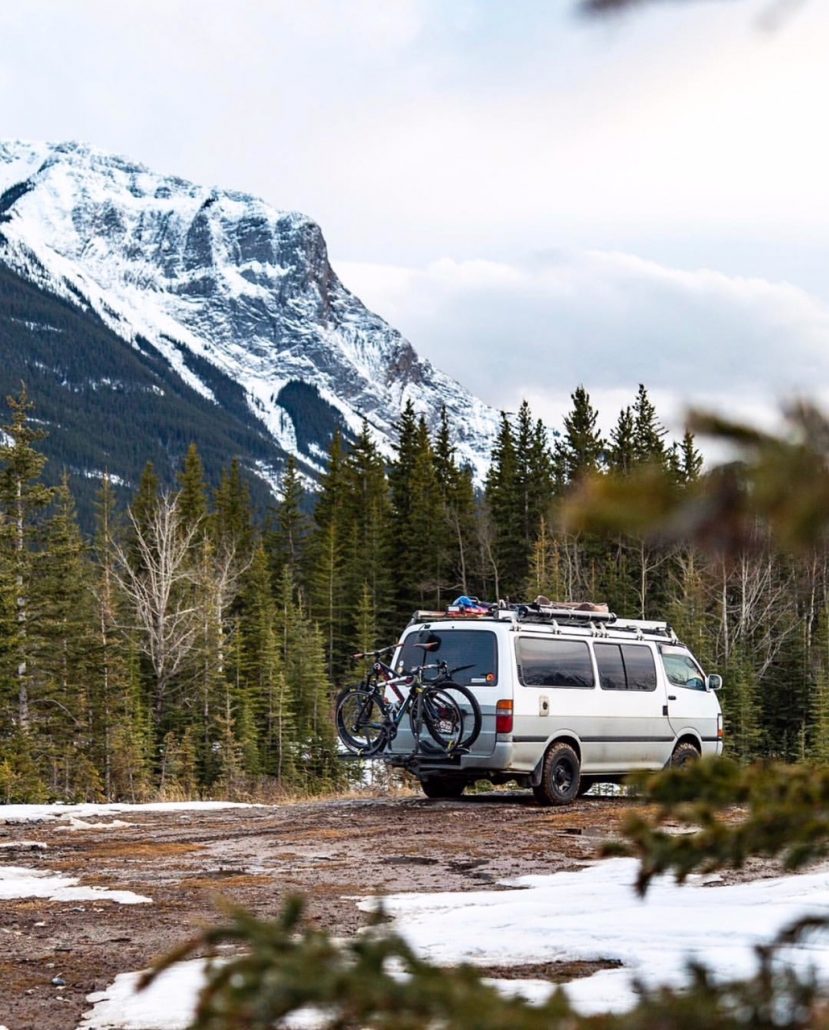 What is your favorite part about living/working out of your vehicle?

The freedom of direction and ability to stay or go as I please.  I’m Canadian, but by no means enjoy the cold, so it’s great when winter hits that I’m able to travel South to warmer climates and if an area no longer suits me, I can leave and go to another.  I also love having the freedom to pitch up anywhere and stay a while and have all the truly necessary things right inside my vehicle.

That’s a tough one to answer because there’s not a lot I don’t like about living/working on the road.  I’ve adapted well to the lack of space and don’t need much to live comfortably.  Having said that, when it gets really cold like it did a few times last winter while I was in Utah and everything becomes that much harder because your hands are cold, or your vehicle doesn’t want to start or your water freezes, I don’t relish that.  I plan to make some changes so I deal less with that type of thing though, but all in due time.

Seeing as my current vehicle is pretty new and I haven’t been on too many adventures with it, I’ll answer this question with my Toyota Hiace in mind.  I’d say Baja, Mexico was probably the best place I went with Norton, that place is amazing and I plan on returning as soon as possible.

No, that’s impossible.  It’s almost as if each place is better than the next until you look back on it and then everything was even better. 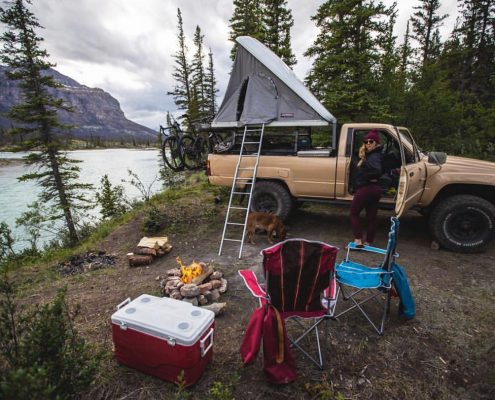 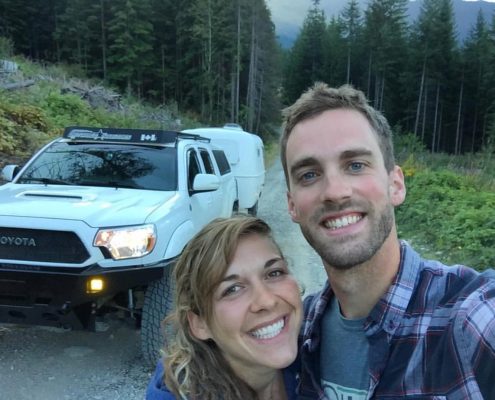 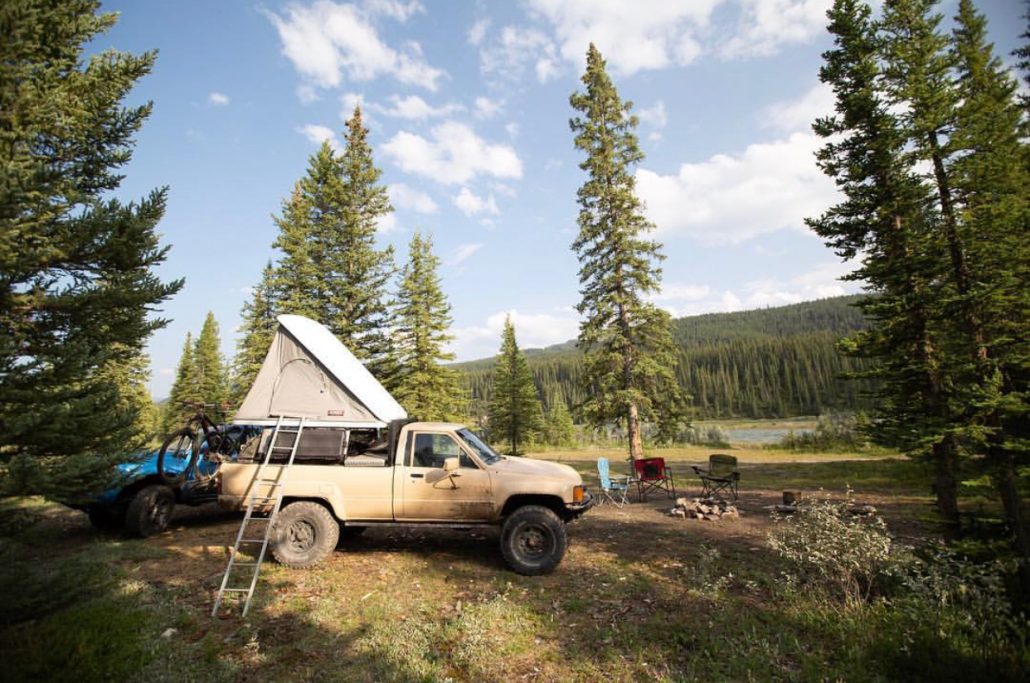 That’s a toss-up between the Dalton or Dempster Highway’s.  Both roads have their unique qualities and both deliver you to a very remote area, both roads are predominantly/all gravel and each road leaves you with a real sense of adventure as you’re traveling for miles without amenities of easily accessible help.

Don’t over think it.  It often seems like people put a mountain of unanswered questions before them that they demand be answered before they hit the road.  Most of the stuff that I’ve learned has been learned while on the road.  I didn’t require the stars to align before I decided to live on the road for months at a time and when I started I totally sucked at it, but over time I got really good and now I have a very clear idea of what I want/ need for a life on the road.

I wouldn’t say it was a definable “aha!” moment but I do remember driving North on the 395 through California during a torrential downpour with our little Boler trailer behind the truck and thinking to myself, “I want to do this more often and for way longer.”  Something definitely clicked a couple years ago and I’ve been pursuing full-time road life since then. 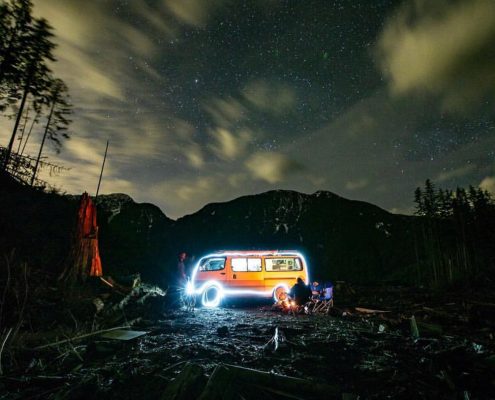 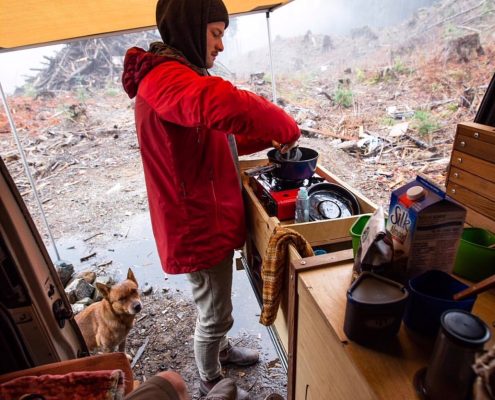 I’d say one of the most notable things I gleaned from my parents was a sense of adventure.  We always went camping and I always loved those trips.  My mom would often say when shit hit the fan, “it’s not an adventure till something goes wrong.”  I learned to embrace the suck and get through stuff when things went wrong.  Now, some of my best memories are from when stuff went wrong on our trips and we had to just live through it and try to enjoy ourselves.  There are going to be really shitty days when you live on the road, how those days turn out and how you remember them are going to depend on how you choose to react.

I don’t recall a “leap of faith,” I’ve always been outside exploring different places, when I started to travel for longer periods of time it was an easy path to follow, so it did kind of just happen.

I have plans of living from a vehicle for a year in which time I’ll try my best to explore as much of Canada, the US and Mexico as I can, after that I’d like to drive to Patagonia.  As for my career, I’ll be going back to school this winter to get my pilot’s license and eventually my commercial license, after that I want to move to the Yukon to fly bush planes.

WHAT DOES OVERLANDING MEAN TO YOU?