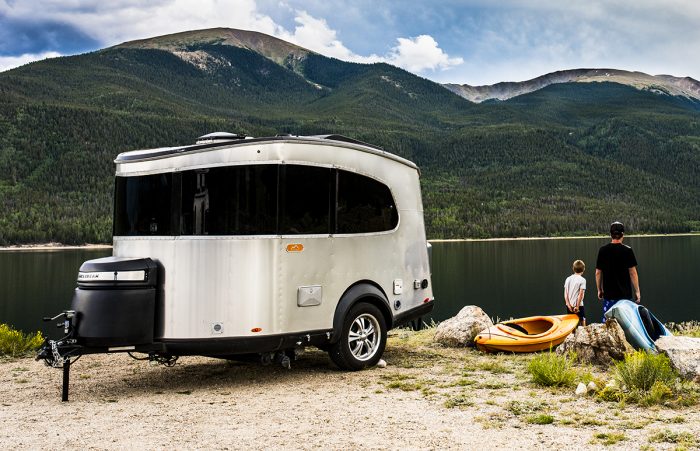 Airstream has been the pinnacle of trailer style RVing since 1929. The obscenely aerodynamic metal rolling palaces have been the gold standard for summer vacationers for almost 100 years. This month they launched their newest addition to the product line, The Airstream Basecamp. 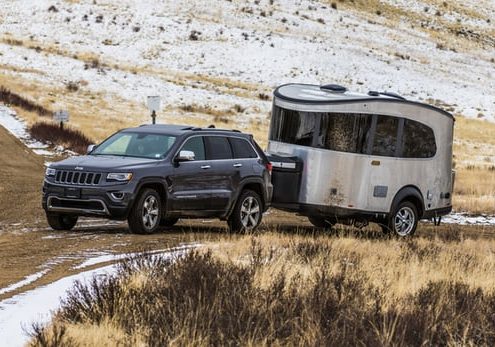 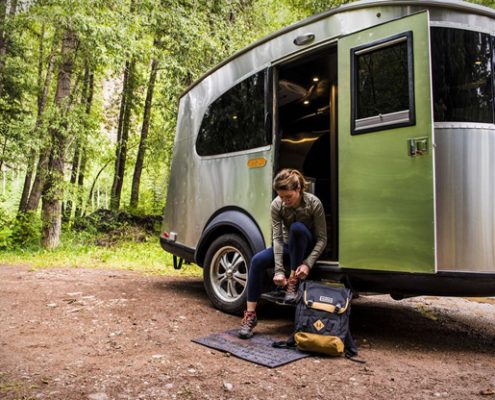 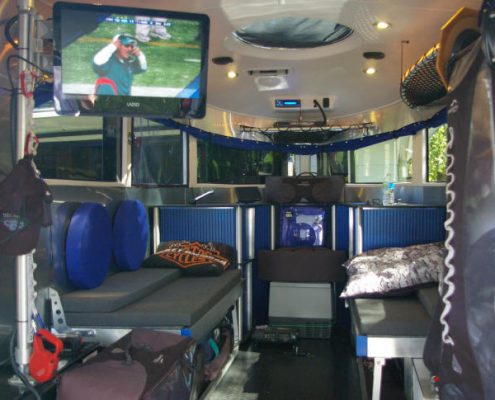 For today we are going to ignore the financial mistake of ever buying an RV if you’re planning to use it to take that one week summer trip with the kids each year. For the cost of an Airstream, you can stay in a lot of 5 star hotels for many summers. Still, American’s who store travel trailers for 51 weeks, just to drive them out to a local campground for Memorial Day weekend each year, really love their personal space. And yeah… RV’s are really fun.

My first observation about the new Basecamp is that it doesn’t look like an Airstream. It has familiarity, but not the traditional whale like tubular home we have all grown accustomed to. It kind of looks more like a smart phone than a travel trailer. Then it occurred to me. Airstream, a company who basically owns the rights to vintage class, needs to court Millennials. Basecamp looks like a rolling laptop.

The redesign signals the companies awareness that they have to capitalize on the tiny house movement to which many young people are flocking.  The tiny cabin style house on wheels is frankly one that has always baffled me. These little DIY cabins on wheels are neat projects, and they look cool on Pinterest, but in reality, buying a used Airstream Land Yacht always seemed like the smarter purchase if you plan to travel in your home. They are professionally engineered, they are much more aerodynamic to haul, they have superior design and multi -use ingenuity, and they are built to last. 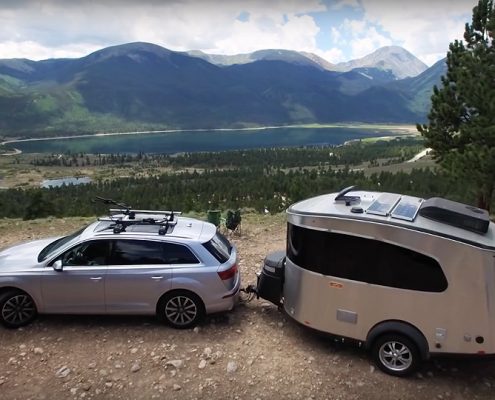 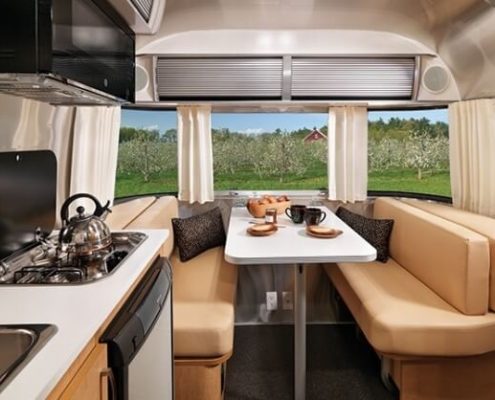 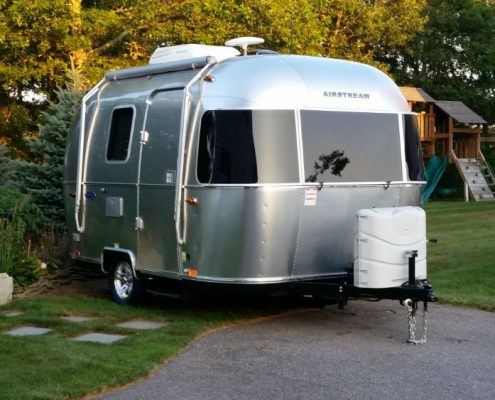 The reason I think the launch of the new Basecamp is so significant is because Airstream basically already makes this trailer. It’s called the Sport 16 and it’s more or less the same size and weight of the Basecamp. The Sport 16 just happens to look like the Airstream we all know and cherish.

So why make this new thing? Why the new shape and look? To open up a new market. Millennials are dying to do things differently then previous generations. So they need a new look.

For all the style and vintage appeal of the Sport 16, The Basecamp offers a new story to tell. It’s marketed as an RV you can pull with your SUV. Which will save you MPG’s and it looks easier to tow and park. It’s sleek design calls to a new audience, who previously might have thought that the Airstream Classic was something your Grandparents would have had.

It’s a sign of changing times. A change I am both saddened and optimistic about. I love the history and the charm of Airstream. They are American classics. For many people, owning one is a dream come true.

The Basecamp signals a changing of the guard. A new generation of adventurers is arriving. Ones who think more about the impact on the environment and have a different understanding of how much space is enough space. They drive smaller cars and need new options. They see the world through a wide lens just like the window of the Basecamp.

I applaud Airstreams vision for that new generation. The Basecamp is a hit, even if it doesn’t satisfy my travel trailer dreams, it’s clear to see it will inspire many new ones for others.

Photographing Wild by Paul Nicklen – Beauty with a Cause